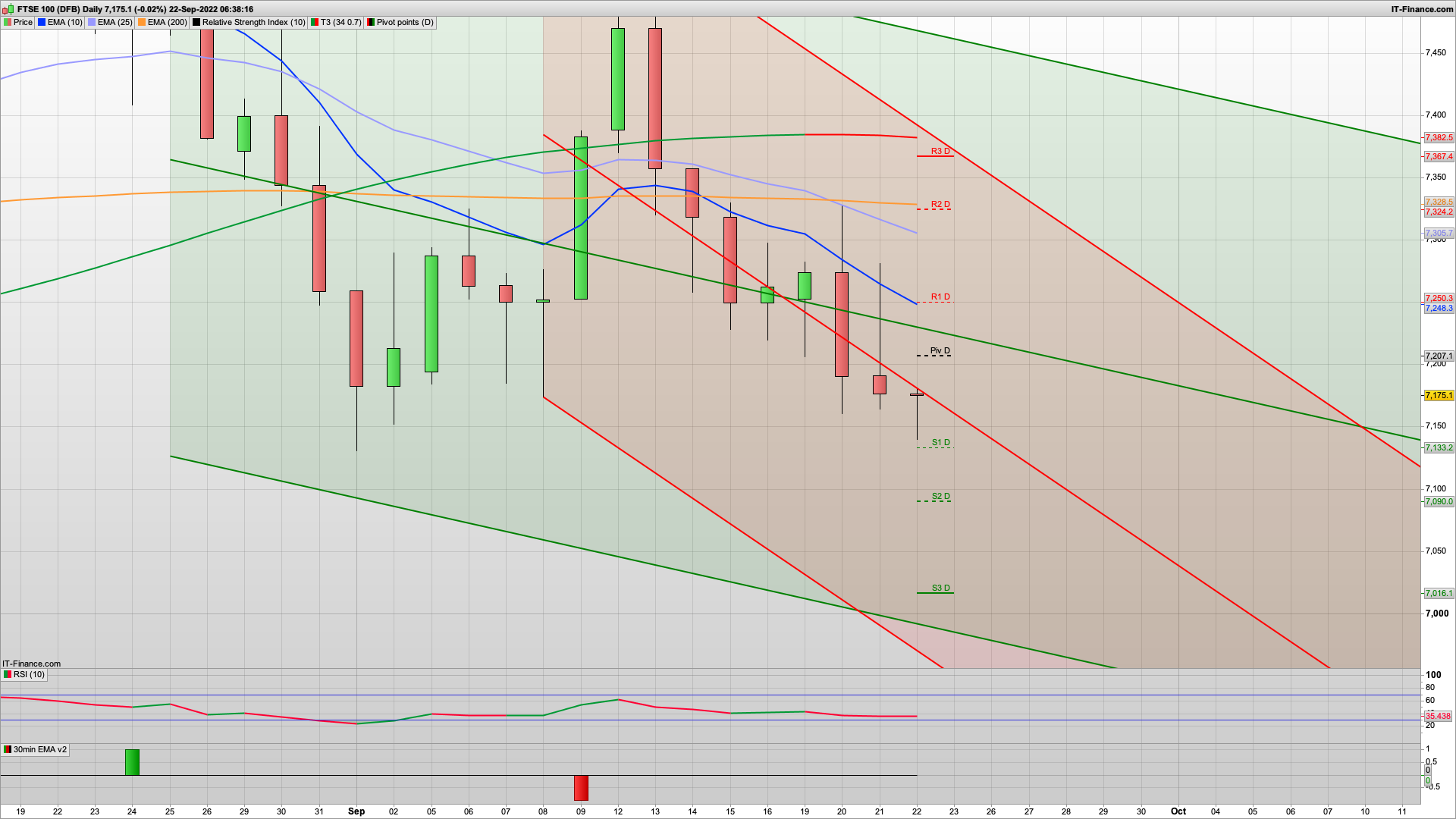 The Federal Reserve lifted interest rates to a post-financial crisis high on Wednesday night as chairman Jerome Powell warned the overpriced US housing market is heading for a painful correction. Mr Powell said central banks have some “way to go” in their fight against inflation and indicated that interest rates have only just reached levels in the US where they are starting to have the necessary restrictive effect on prices.

The 0.75 percentage point increase by the Fed will pile pressure on the Bank of England to follow suit on Thursday as the pound and euro plunged to fresh multi-decade lows against the dollar. The Fed’s increase is its third consecutive 0.75-point rise, taking the target range of interest rates to 3pc-3.25pc. Its policymakers predicted more hefty increases will push the body’s key federal funds rates to 4.4pc by the end of the year.

Stocks and bonds tumbled in the wake of the decision as the rampant dollar extended its gains on currency markets. The pound slipped below $1.13 against the dollar to a new 37-year low while the euro extended its fall below parity to hit a new 20-year nadir versus the greenback. The Fed’s decision will be felt around the world as it has a direct impact on borrowing costs outside of the US and will ramp up the pressure on other central banks to follow suit.

Shares fell in China, Japan and South Korea while US futures dropped after the S&P 500’s slide overnight took it more than 20% below the record high in January. Chinese tech stocks led declines as Hong Kong’s benchmark equities gauge headed for lows last seen in 2011.

The dollar surged to a fresh two-decade high and Asian stocks hit a two-year low on Thursday after the Federal Reserve sharply hiked U.S. interest rates and projected raising them further and faster than investors had expected in order to tame inflation.

The median of Fed officials’ outlook, which has U.S. rates at 4.4% by year’s end and staying high in 2023, seemed to spook even hawkishly positioned rates and currency markets and quickly extinguished relief that Wednesday’s hike had not been larger.

Central bank meetings in Taiwan, the Philippines, Indonesia, Switzerland, Britain and Norway are due later in the day with hikes expected everywhere. Japan and China are the only major global outliers, with China cutting rates to support a sputtering economy and Japan waiting for wage growth before considering an exit to an enormous bond buying project that pins rates near zero.

In commodity markets, oil recouped early losses as concerns over tight supplies heading into winter eclipsed fears of a global recession which sparked a slide in the previous session. Brent crude futures rose 50 cents, or 0.6%, to $90.33 per barrel by 0319 GMT. U.S. West Texas Intermediate (WTI) crude rose 45 cents to $83.39.

Getting the Message
Stock bulls are finally heeding the Federal Reserve’s latest message: The inflation battle will cause real economic pain. After rising as much as 1.3% when the Fed delivered its 75 basis point hike, the S&P 500 plunged  as Powell made it crystal clear that the central bank will keep raising rates sharply. US-listed Chinese stocks slumped almost 6% as sentiment took an additional hit from tensions between Beijing and Taiwan. Treasury two-year yields pierced 4% for the first time since 2007.

Buy the rumour sell the news worked well for the S&P500 yesterday and we may well see the same tactic on the FTSE100 today. How much will the BoE increase rates? Still seems slightly weird that as people’s costs increase they drive further rises rather than address the causes of the inflation but hey ho. The increases so far havent had any effect, the only thing that dropped it down a bit is that energy costs decreased! I’m sure economists can explain it though…..

Anyway, for today I am thinking that we will get an initial kick up towards the daily pivot and the red coral on the 30m at the 7200 level, and with the round number here we may well then see the bears appear. If they do then a drop down to the overnight low at the 7140 level would fit well, and we are also just above S1 there at 7133.

For the FTSE100 bears, a break of the 7133 level will likely lead down to the daily support at 7103, and possibly an overshoot to S2 at 7090. Both the Raff channels are heading down as well so now cementing the bearish trend for the moment as we are following the seasonal pattern here before more buying in October.

So, once again stay nimble and watch for the BoE at midday with an increase to 2.25% forecasted.