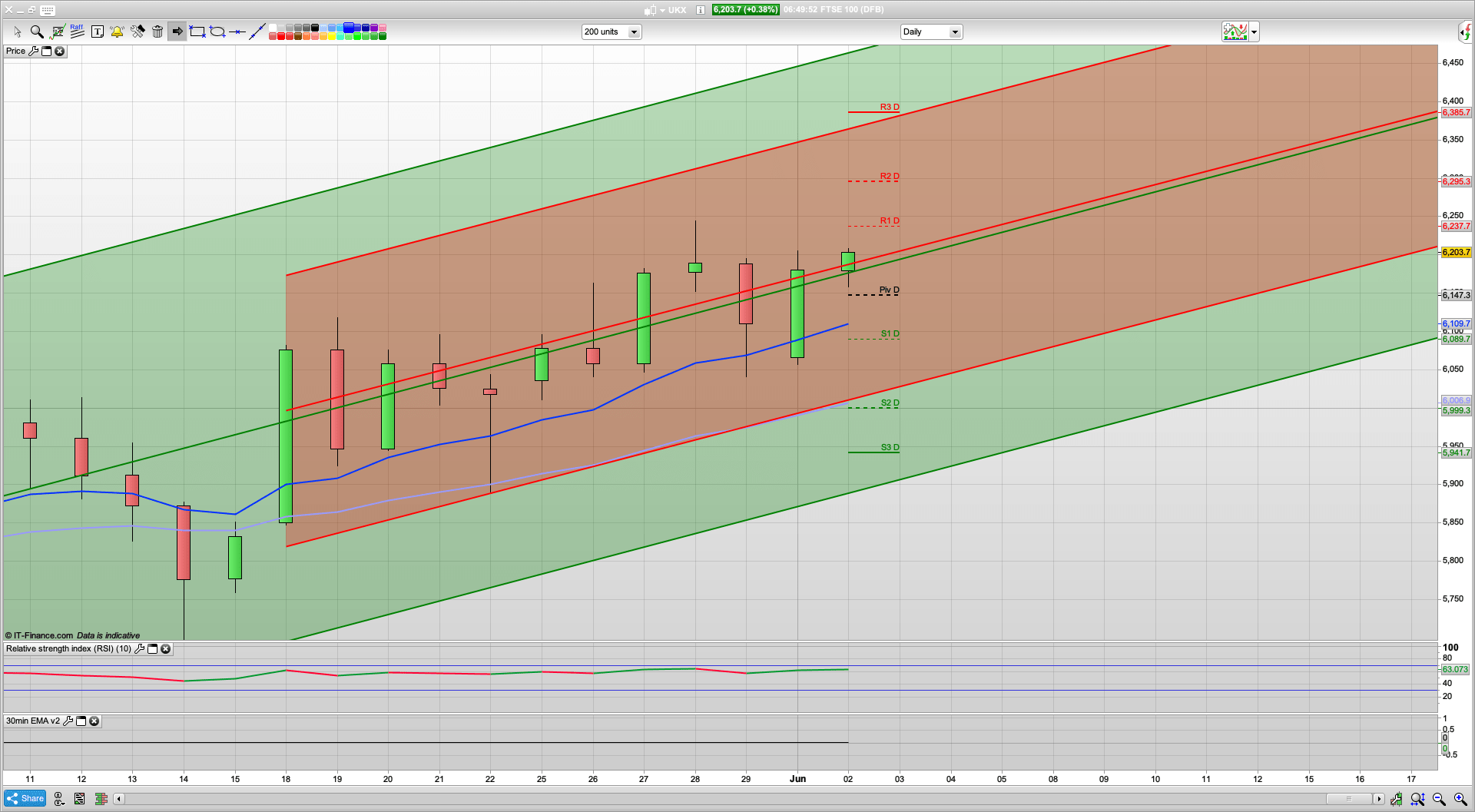 Here’s a quick recap of what happened yesterday…

London’s benchmark index closed 1.48pc higher today while the FTSE 250 ended 1.38pc up. The blue-chips rose amid a relief rally, as investors reacted to softer-than-expected action from the White House towards Beijing, as tensions simmer between the US and China over Hong Kong. The FTSE 100 shrugged off pressure from the pound, with rose to its highest level since early May ahead of continued trade talks between the UK and EU on Tuesday.

Chinese government officials told major state-run agricultural companies to pause purchases of some American farm goods including soybeans as Beijing evaluates the ongoing escalation of tensions with the U.S. over Hong Kong, according to people familiar with the situation. State-owned traders Cofco and Sinograin were ordered to suspend purchases. Chinese buyers have also canceled an unspecified number of U.S. pork orders, one of the people said, although private companies haven’t been told to halt imports. The halt is the latest sign that the hard-won trade deal forged by the world’s two biggest economies in January is in jeopardy. Beijing’s move eroded the risk-on sentiment that had been prevailing over markets. [Bloomberg]

Asian stocks were mixed on Tuesday, while U.S. futures slipped as investors assessed prospects for the deployment of the U.S. military to quell social unrest. Benchmarks in Tokyo outperformed, while gains were more muted in Seoul and Hong Kong. Sydney shares fluctuated and Shanghai was little changed. S&P 500 contracts dipped after President Donald Trump promised to deploy large numbers of troops if cities and states don’t act to contain violence from protests over police brutality.

Overnight the bulls have managed to hold onto the 6200 level, which opens up a possible test of the 6235 daily resistance for the start of today. Above this then I am looking at 6280 as the next area of note, and we also have R2 just above this level. As such, I am thinking that a short here is worth a go as well. if the bulls were to break above 6300 today (seem to be ignoring most of the current news pretty well so it may well be possible) then the top of the 10 day Raff Chanel is at 6364 for today though that seems a bit of a tall order.

Initially I am looking at the support level of 6190 (in theory this was resistance yesterday and should turn to support, coupled with the 2 hour chart going bullish and showing support at 6188 and 6179 to start with today. We also have the 30min coral at 6172. If this level therefore breaks then a drop down to the daily pivot at 6147 would be the likely move, and if we get that I am thinking that we may well hold that level. The bulls are certainly putting up a strong fight to give up these gains too easily.

The daily chart remains bullish and trending up steadily. Meanwhile the S&P looks to be on a path towards the 3100 area, despite the domestic unrest in the USA. That said, the top of the 10 day Raff channel is currently 3150 and moving steadily up for the moment, despite the RSI being a bit overbought.