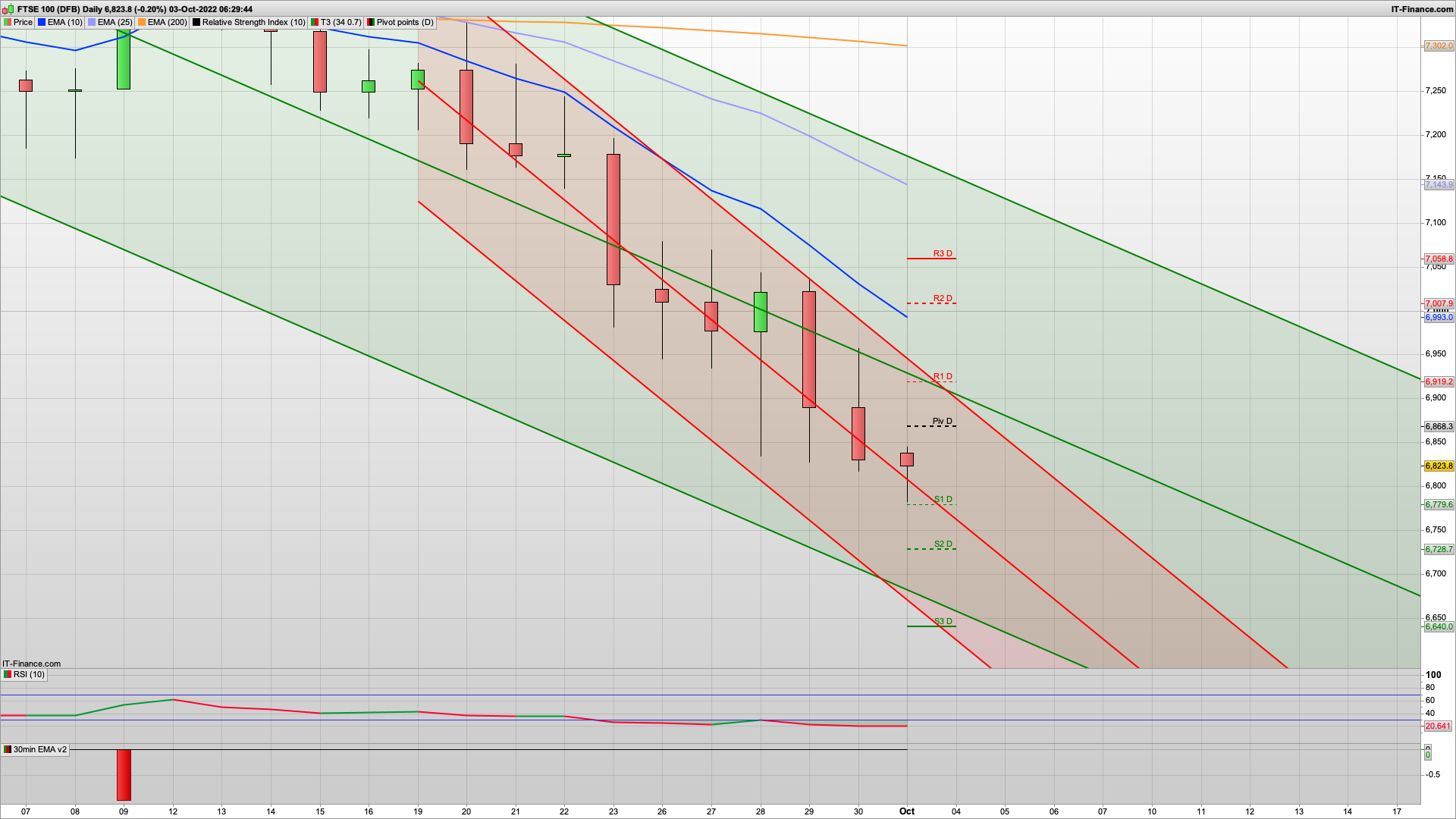 Stocks in Asia struggled to gain traction and US equity futures fluctuated as negative sentiment persisted in markets amid fear that global central banks will keep hiking rates until inflation is tamed, raising the risk of a recession.

Equities made small gains in Japan and dropped in Hong Kong and Australia. Trading in Asia was muted by a holiday in Sydney and South Korea on Monday and the week-long closure of Chinese markets for Golden Week.

Oil jumped on Monday as OPEC+ considers a cut to output this week, while Asia shares were mixed with holidays in the Asia-Pacific region likely to result in thin trading. U.S. crude rose 3.01% to $81.88 a barrel after OPEC+ sources told Reuters oil production could be cut by between 500,000 and one million barrels a day. Brent crude rose 2.95% to $87.65 per barrel.

On the first trading day of the quarter, MSCI’s broadest index of Asia-Pacific shares outside Japan was down 0.43%, on course to decline for a fourth straight session.
In Australia, where some states are observing a public holiday, the S&P/ASX 200 index fell 0.15%.

Hong Kong’s Hang Seng index dropped 0.64%. Japan’s Nikkei 225 index, however, was up 0.72% after upbeat quarterly earnings from Mimasu Semiconductor boosted chip shares. South Korea has a national holiday on Monday, while China has just entered Golden Week and Hong Kong has a holiday on Tuesday.

Rebels Yell
in a bid to head off a potential rebellion, the UK’s Chancellor of the Exchequer, Kwasi Kwarteng, is privately trying to reassure Conservative Members of Parliament that his sweeping — and controversial — tax cuts can fix the UK economy. He has talked to about 25 MPs in recent days. The backlash over his decision to scrap the top rate of income tax for the UK’s highest earners is threatening to undermine Liz Truss’s government after less than a month in office. On Sunday, the prime minister took the unusual step of pinning the policy on Kwarteng, while saying she is sticking with it despite the seismic political fallout.

A bull Monday might be on the cards as we also have the new month start today, however overnight has been weak. The FTSE100 futures dropped down to 6780, just above the 6770 daily support – a level that we could see today.  The 2h chart is also bearish to start with, and has resistance at 6853 initially.

I am thinking that we will get a kick up towards the daily pivot though at 6868 to start with, but could then see a drop off from there to the 6770, and possibly even the 6728 level, which is S2. That is also just above the next daily support level in play at 6718 so a bounce in this area would make sense.

Meanwhile, if the bears were to push below the 6728 level then we start getting even more bearish – and the bottom of the Raff channels have moved down to the 6677 area – a level that it feels we could see soon!

That said, bear in mind the seasonality chart posted the other day – a bit more weakness into early October then the bulls start fighting back!

S&P500
Again, looks weak to start with and hard a bearish 2h chart with resistance from the Hull MA at 3632. That nicely aligns with the 30m coral at 3635 so if we get a rise to this area we could see the bears reappear here. It still feels like shorting the rallies is the best play for the moment across the board. Above the 3635 level then 3666 is the next level of note with the 30m 200ema here, and just above thew top of the 10d Raff channel. A dip down to 3555 would be ok for a bounce here, though if that gets broken then 3521 S1 and the bottom of the 10 day Raff channel at 3456 (handy!) would start to loom into view.