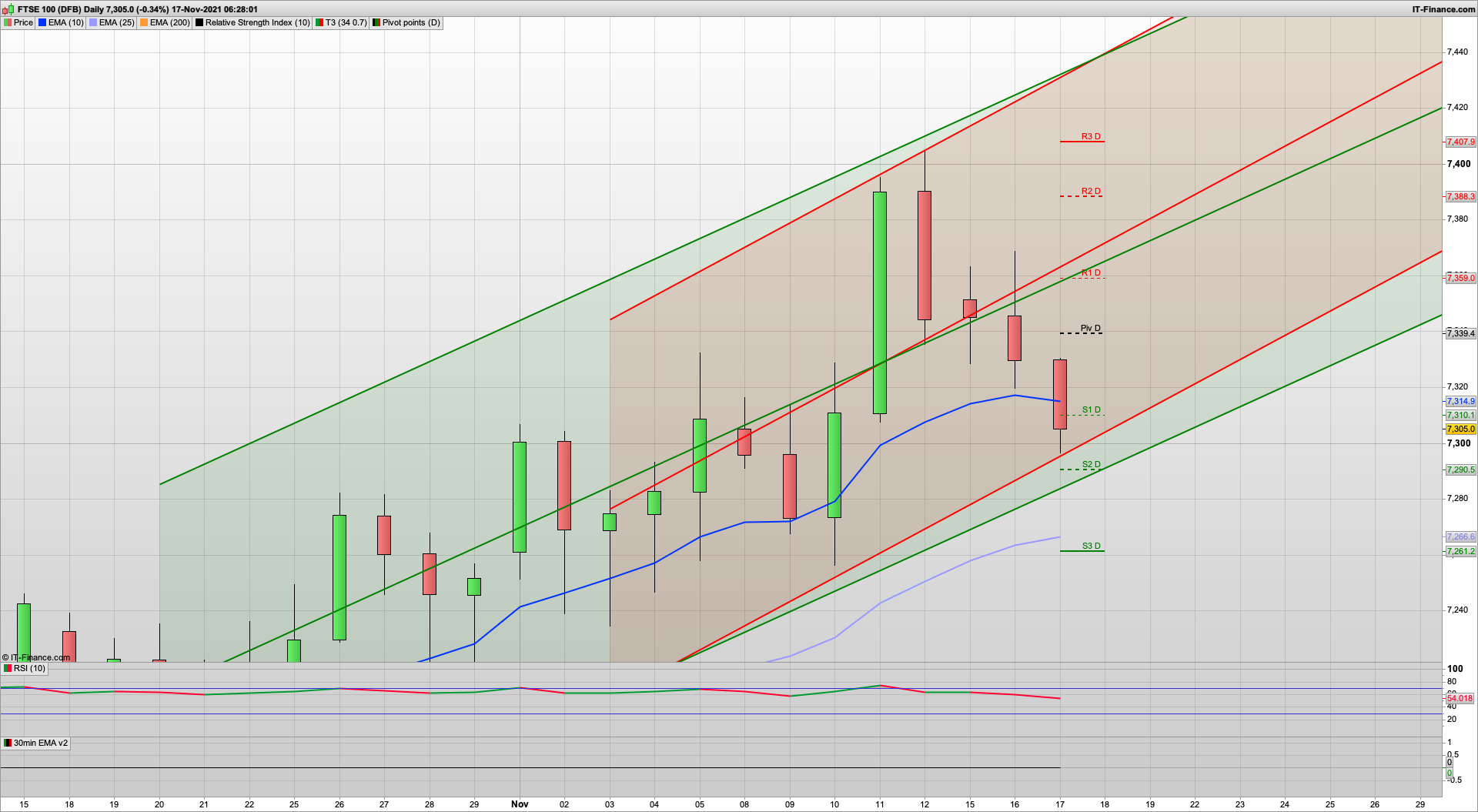 The FTSE 100 has ended the day in the red after being dragged down by AstraZeneca and consumer goods groups. The blue-chip index fell 0.3pc to 7,326 points, with pharmaceutical firms Astra and GlaxoSmithKline dropping 4.1pc and 1.9pc respectively.

British American Tobacco, Reckitt Benckiser and Unilever, which all make significant chunks of money in the US, also dragged the index lower after the pound gained ground.

Vodafone was the biggest riser, gaining 4.8pc after it reported strong profit growth in the first half.

The domestically-focused FTSE 250 fell 0.4pc despite data showing the labour market withstood the end of the furlough scheme.

MSCI Inc.’s Asia-Pacific stock index snapped a four-day climb, with Japan in the red and China mixed. U.S. futures fluctuated after the S&P 500 extended a rally, buoyed by expanding retail sales and solid reports from the likes of Home Depot Inc. that supported confidence in the U.S. economic recovery.

Backing Taiwan
U.S. President Joe Biden said Taiwan “makes its own decisions,” backing the island’s leaders anew after a summit with Chinese President Xi Jinping. Taiwan was a major topic in the Biden-Xi summit, with the U.S. president reminding his Chinese counterpart that when he was a senator, he’d voted to support the island’s self-defense. China and the U.S. also agreed to ease visa restrictions imposed during the Trump administration on each other’s journalists, a development that would remove one of the irritants in the relationship between the nations.

Inflation has hit the highest level in a decade at 4.2% this morning data released this morning showed, though in the real world its probably nearer 15% at the moment! The FTSE100 continued to drift down yesterday from the 7400 level, and has hit the bottom of the 10 day Raff channel over night at 7295 which has held so far. This area is decent support but below this then 7261 is S3 and the daily support, and as such should we drop down to here then a bounce here would likely happen.

Initially the 30m chart continues to be bearish and the short at 7365 yesterday worked well off resistance there. The 30m coral has now gone red showing a bearish trend with 7327 resistance and we also have the 200ema at 7333. As such, should we see a climb to this area this morning then we may well see the bears have another go here.

The 2h chart has also got a red coral line now with resistance at the 7358 level, after the decline yesterday. That ties in with R1 so should we get as high as that today then again, we could see a bearish reaction here. However it feels like an initial dip and rise is the likely pattern.

The bulls will of course be keen to defend the 7300 round number initially though, hence why I am thinking a rise towards the 25ema on the 30m at the 7314 area before a dip down towards the supports. The ASX200 also had a dip and rise play out today and we may well do the same. Interestingly we are nearly at the bottom of the 20d Raff channel as well, and these both continue to head upwards, so this sort of area would be good to hold to set up the year end climb. Will the bulls play ball?!

The overbought conditions continue to unwind which still keep alive the likely possibility of a year end rally. Hello Santa Rally! The S&P500 especially is still consolidating around the 4700 area and the 2h chart has decent support at the 4680 level –  a drop down to there should hold and could start to see the bulls reappear.

So, longer term buying the dip is still the preferred play especially now we are nudging the bottom of the Raff channels. Watch for 7315 and then 7330 resistance initially, with 7355 above that. 7295 and 7260 are the main support levels for today.