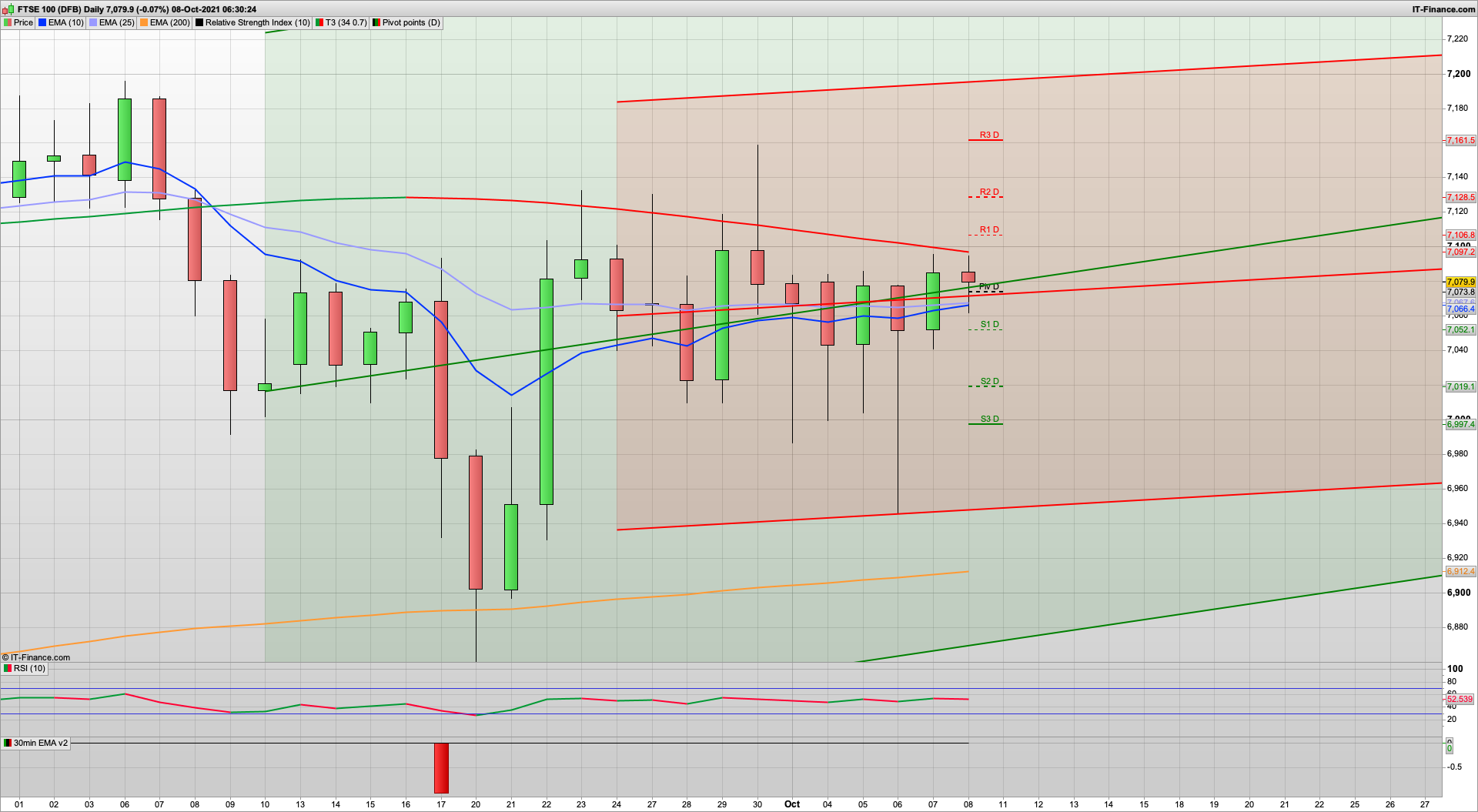 The Bank of England’s new chief economist warns that the jump in inflation looks set to last longer than originally thought, boosting speculation that interest rates may be about to rise. In his first public remarks since taking up the role, Huw Pill says that risks to the economy are far more two-sided than they have been for some time, meaning that interest rate decisions will become more finely balanced.

Sterling gained ground amid rising expectations that the Bank of England will move to hike interest rates soon. The pound erased all of its strong gains for the year last month amid concerns about economic growth, a fuel crisis and rising inflation fears. On Wednesday it slid back towards its lowest level against the dollar since December 2020 as gas prices soared.

U.S. Senate leaders reached a deal to vote on raising the U.S. debt ceiling until December 3, forestalling the threat of default. The agreement would lift the borrowing cap by $480 billion, and a vote could come later Thursday. While the compromise averts an immediate crisis, the partisan battle will ramp back up just as Congress deals with a funding deadline and as Democrats try to muscle through their infrastructure and tax-and-spending plans. The White House said in a statement that President Joe Biden looks forward to signing the bill once it is passed in the Senate and the House.

We got a good bearish reaction at the S&P resistance level yesterday and the bears have managed to take it just below the 4400 level now, though this is now holding as support and possible consolidation. However, the drop was slow and steady though which suggests that the bulls may well come roaring back before too long. As such we may well see a dip and rise play out today. We also have the NFP data out at 1330, and the forecasted figure is 500k versus 235k previously. Unemployment rate is forecast to drop to 5.1%. If those forecasts deliver then it should help the bulls.

If we do get a dip and rise then the FTSE may well drop down to the 2h support levels at the 7040-7050 area as we have both a green coral and the Hull moving average here. I would like to see this hold for a push back up towards the 7095 level, which is now the key resistance. The bulls will need to break above this to target the next daly level of note which is at 7145. Following the strength yesterday the 10 day Raff channel, and in fact the 20day as well, is heading up again, which bodes well for more upside in Q4 and the year end target of 7500 still remains viable.

The FTSE100 bears will be looking to break 7057 initially as we have the 30m 200ema there, and then the 7040 level as mentioned. Below that then 7019 S2 is next up with 6995 below that. The move down to 6950 and subsequent recovery on Wednesday looks like a stop hunt/false move and again lends weight to a rise kicking in once again.

The Dax 2h chart has also gone bullish with 15100 looking like decent support for today, with the Hull MA here, and the green coral a bit lower at 15051. We also have the key fib support at 15101. If this level holds any early test then we should see a spring back up.

All that said, its NFP so be cautious as they can be an odd day as the news os released and markets adjust. The FTSE 100 is certainly remaining resilient and holding above the 7000 level well, despite that negative news flow. Good luck today and have a great weekend.