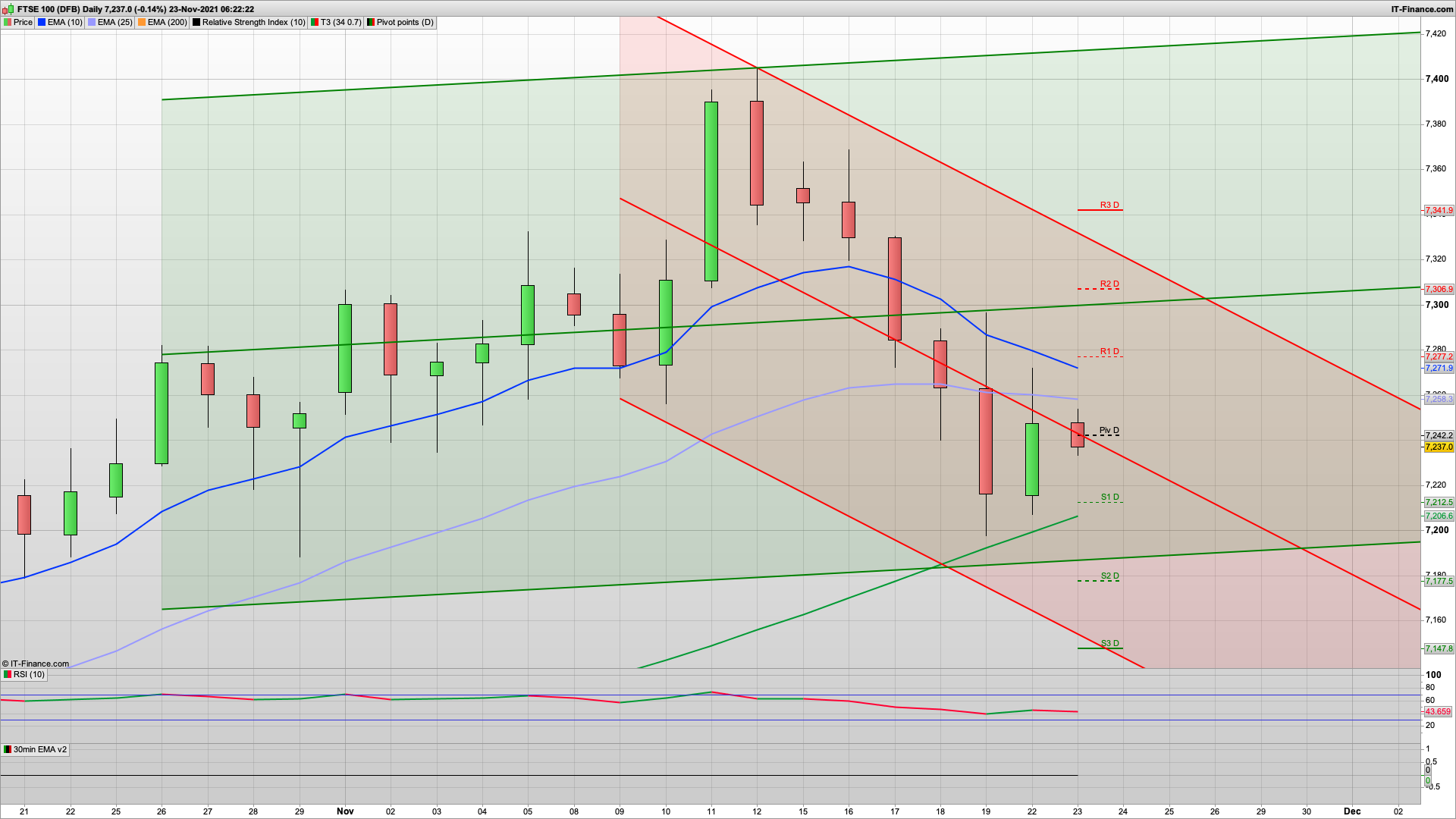 Royal Mail was a strong riser in the index, up 3.5pc, as the market has high expectations from this week’s Black Friday and Cyber Monday promotions leading to the key Christmas period. Vodafone and BT advanced 3pc and 2pc respectively. The sector got a boost by US private equity giant KKR offering €10.8bn (£9bn) for Italy’s former monopoly Telecom Italia.

Polymetal, instead, topped the fallers with a 4pc slide due to a drop in gold prices caused by Powell’s nomination for a second term as Fed chairman.

Asian stocks were mixed Tuesday after a jump in Treasury yields and the dollar as Jerome Powell’s renomination to head the Federal Reserve fueled bets on a quicker withdrawal of monetary stimulus.

Treasuries slid in U.S. hours. Markets are pricing in a full quarter-point rate hike into the June Fed meeting and seeing a good chance of a second by September and a third by December to fight price pressures. Powell said the Fed would use its tools to support the economy and labor market and prevent higher inflation from becoming entrenched.

Stay the Course
Jerome Powell is keeping his job. President Joe Biden nominated the Federal Reserve chair for another four-year term, and elevated Lael Brainard to vice chair, maintaining consistency as the central bank grapples with rising inflation and the lingering economic impact of the pandemic. Both are likely to be confirmed by the Senate, but not before facing at least some opposition — Powell mostly from Democrats, Brainard from Republicans. Traders are pricing in a ramp-up in tapering bond purchases by the Fed and the potential for a June liftoff on rate hikes.

Bit unlucky with both long and short orders missing by 5 points yesterday but the range was right with 7202 and 7275 in play. It looks a similar story for today with decent support again at 7200 and we have the daily coral here and also the key fib. The bulls will certainly be keen to defend this area again, though the next support is only just below at 7193. A break of this though and the bears will see their chance for a run down to 7150 again.

For the bulls, they will be looking to move this back up towards 7277 where we have R1 for today and just above yesterdays high. There is the daily pivot and 30m coral in the way though at 7242 and that is the initial resistance that needs to break.

It’s looking like a bit of a bear Tuesday is going to play out, especially as the S&P broke below the 4700 level yesterday. That looks likely to test the 4655 area today which is daily support and the bottom of the 20d Raff channel. Thats also just below the S1 and key fib level. As such, we could see this hold if the buy the dippers come. Thanksgiving week this one so shorter trading week for the US, and we could just be seeing a flush down before some strength kicks in tomorrow. With the S&P at the bottom of both its Raff channels then this would be a decent area for them to load up some longs as the daily RSI has cooled off now as well.

Gold is also testing its round number support at 1800 and we could see a bounce there up towards the pivot at 1820. Again, thats also at the bottom of the Raff channels so would be a good area to see the bulls defend.

The FTSE100 is more in no mans land. It’s like it wants to rise but is being pegged back by the others. Initial support is from the Hull MA on the 2h at 7220 but the 7200 and key fib at 7197 look like they will be tested. A proper test of the daily coral at 7207 would also be good. Just need the the bulls to defend though!

Could be an interesting day today as if the supports break then the bears are going to seize their moment. Good luck today.