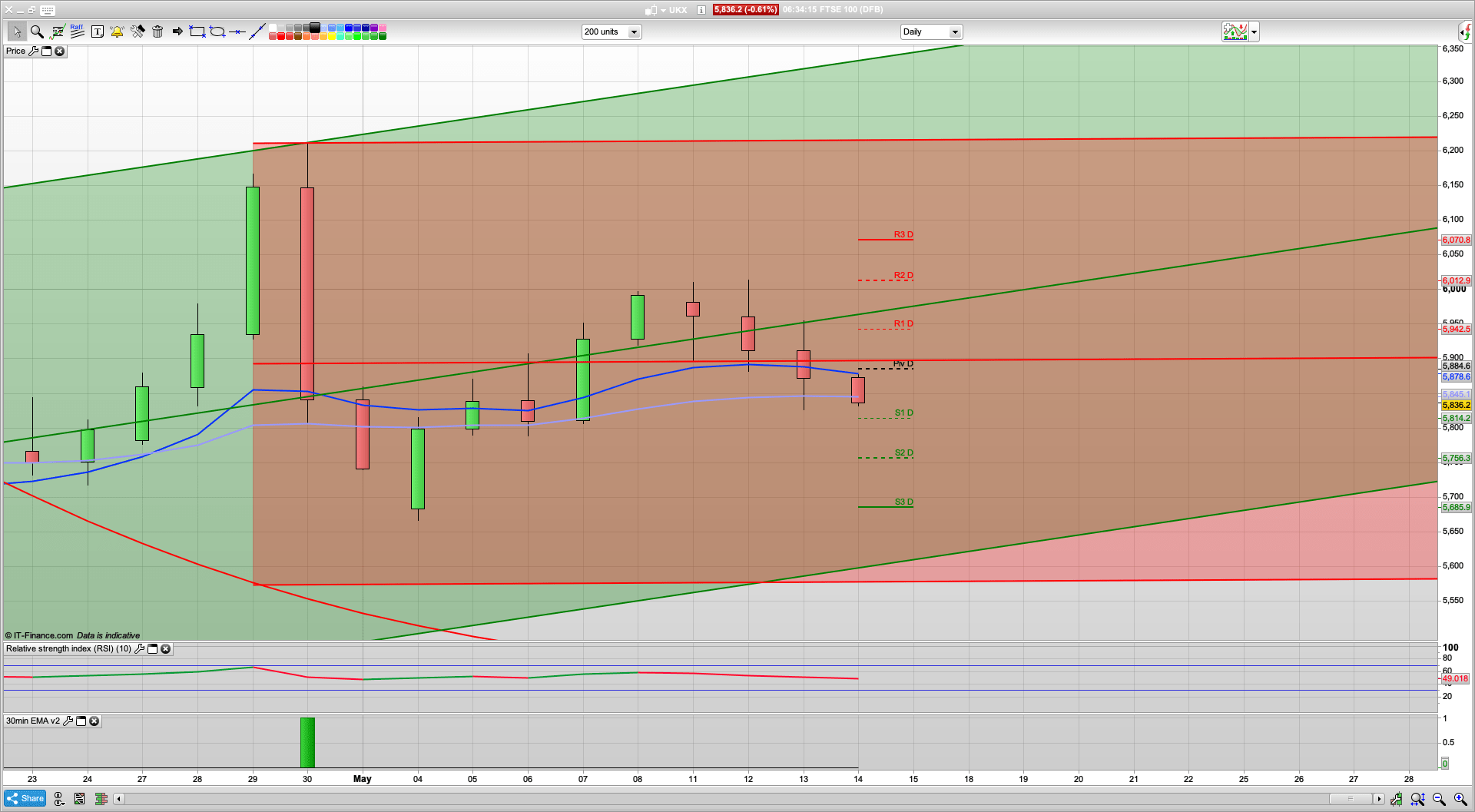 European markets went into a sharp reverse on Wednesday as a drop on Wall Street reverberated across global trading. The FTSE 100 – which ended Tuesday within inches of closing above 6,000 points for the first time since plunging in March – dropped 1.5pc to 5,904.1 despite a falling pound, with most of London’s blue-chips dropping. The falls were even worse on the Continent – France’s CAC and Germany’s DAX fell out of bed after a quiet session the day before, dropping sharply and holding in the red throughout the day.

A run of poor data rubbed salt into the wounds, with the UK economy confirmed as having shrunk nearly 6pc in March, and US producer prices coming in lower than expected. In a sign of the risk-off sentiment that had taken hold, yields on UK two-year gilts plunged deeper into negative territory, setting a new record low.

China is sealing off cities in a province that borders North Korea amid a growing cluster of cases. Hong Kong’s 23-day streak without a case of local transmission ended, and Germany aims to fully reopen borders with European nations by June 15. New York City took a first step toward opening schools in September by sending pre-school invitations out to parents. The French pharmaceutical giant Sanofi said Americans will probably get its Covid-19 vaccine before the rest of the world if it can successfully deliver one. Abbott’s rapid test, used at the White House and other prominent locations, may miss as many as half of positive cases, according to an NYU report. The company disputed the findings. On the economy front, the pandemic could remove four years of growth from the global economy and push 130 million to extreme poverty, a U.N. study said. Federal Reserve Chair Jerome Powell said the U.S. economy faces unprecedented risks that could do lasting damage. Meanwhile, experts want to know why the virus hasn’t killed more Russians. Around the globe, cases have topped 4.3 million, with deaths exceeding 295,000.[Bloomberg]

Asian stocks retreated after Federal Reserve Chair Jerome Powell warned about economic risks and big-name investors fueled doubts about valuations. Treasuries added to gains. Shares slipped from Sydney to Hong Kong, though declines were shallower than seen on Wall Street. Futures on the S&P 500 fluctuated after the index briefly fell Wednesday below 2,800

The US dragged everything down yesterday afternoon and the 5950 held as resistance on the FTSE very well in the end. Now the S&P has moved below the rising trend line support at 2820, we look to be on a path to test the 20 day Raff initially at 2777, with the 10 day below that at 2762. There is strong resistance on the 2 hour chart at 2906 now and moving down, so any rally back to this area looks to be a sell.

Back to the FTSE and overnight the fib level at 5833 has been defended and again this morning, so we may well see a rise and dip play out yet again. S1 is at 5815 and we may well see an early test of this. A rise towards the pivot at 5884 looks like it will be the first main move, but whether the bulls have the strength to get over that to test the 200ema at 5906 remains to be seen. If they were able to do so then 5958 is the 2hr coral resistance and would be the next level of resistance that is worth a short, but I am not expecting it to get that high today though. The ASX200 had a fairly flat to bearish day and we may well do the same.

The next main support level below 5830 is 5790 which held well in early May, as such we may well see the bulls defend this level again, though if it breaks then it gets quite bearish, with a drop down to 5600 and the bottom of the Raff channels on the cards. The 20 day is at 5596, while the 10 day channel bottom is 5578. Should we see these tested soon then a long at this area is probably worth a go.

I saw a headline on Bloomberg earlier saying how a couple of hedge funds reckon stocks are still overvalued and need to sell off – guess they fancy hovering up some stock after spooking retail into selling!

So for today I am looking at a rise and dip, and favouring shorting the rallies.  Good luck today.