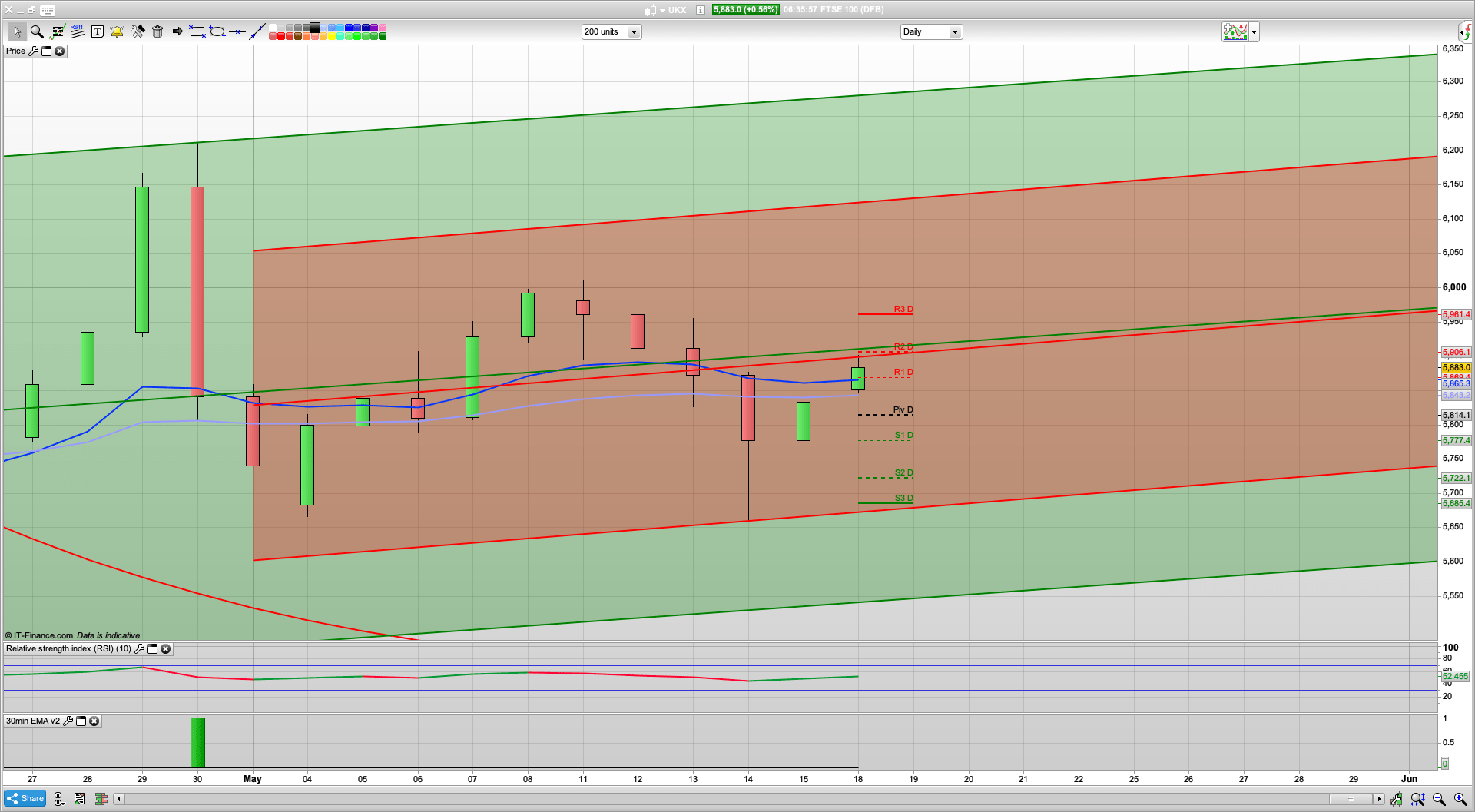 The Trump administration stepped up its campaign of blaming China for the deadly coronavirus pandemic, as 80 other countries have backed Australia’s call for an investigation into the origins the virus. We all know, just got to prove it!

On Friday, despite some nerves in the middle of the day, the FTSE 100 and FTSE 250 ended up on the day, but down on the week. London’s internationally exposed blue-chips were handed a boost by a weak pound, which dropped to its lowest level since late March as Brexit negotiations between the UK and EU ended without significant progress. Gains were widespread, but there were a handful of standout performances driven by the day’s news.

Powell’s Warning
The recovery of the U.S. economy from the coronavirus pandemic could stretch through the end of next year, and depend on the delivery of a vaccine, said Federal Reserve Chairman Jerome Powell. “Assuming there’s not a second wave of the coronavirus, I think you’ll see the economy recover steadily through the second half of this year,” the U.S. central bank chief said in an excerpt of an interview conducted Wednesday and aired on Sunday on CBS’s “Face the Nation” show. More than 36 million Americans have lost their jobs since February as the economy was shuttered to limit the spread of the virus, and countless companies, especially small businesses, are hurtling toward bankruptcy.The Fed chief said people should never “bet” against the American economy, but he took care not to promise a swift, so-called V-shaped rebound.[Bloomberg]

The Blame Game
The Trump administration stepped up its campaign of blaming China for the deadly coronavirus pandemic, with a top aide suggesting Beijing sent airline passengers to spread the infection worldwide. It’s the latest in an almost daily barrage of U.S. attacks on China, including past suggestions that the virus escaped from a laboratory in the central city of Wuhan. It comes as political and business leaders are already starting to think about what the world might look like once the worst of the outbreak eases. China’s initial handling of the virus will be scrutinized at the first meeting of the World Health Organization’s governing body since Covid-19 stormed the globe. Meanwhile, China’s annual political centerpiece, the National People’s Congress, gets under way this week, two months later than usual due to the pandemic. U.S. coronavirus cases rose 1.5% in the past 24 hours, marking the third straight daily deceleration. New York’s western region and the area around Albany are poised to reopen. The U.K. will be first in line to get an AstraZeneca vaccine. Tesla received permission to reopen its California factory after first defying local officials.[Bloomberg]

U.S. and European stock futures advanced along with Asian equities as investors took some encouragement from signs of businesses reopening across major economies. Crude oil and commodity currencies advanced. Futures on the S&P 500 climbed about 1% after the index rose on Friday, trimming a weekly loss. Stock indexes in Japan, Hong Kong and South Korea all saw modest gains, while Treasuries were flat.

We have a lot of bullish signals to start the week but also a possible gap close in play to start with as we are at 5890 as I write this and there is a decent gap and support down at 5830. As such we may well get a dip down to there to start with and then a bit more upside after that. The bulls will be keen to break above the daily resistance at 5910ish though, as that would open up another test of the 6000 level that they were rebuffed from recently.

If the bears were to break below the 5830 level then Fridays closing price at 5799 would be the next main support level, and we also have the 2 hour moving average support just below this at 5790. As such, a long here is worth a go for a push to 5900 or higher. Last weeks shorting the rallies stance played out well, however, the bulls have put up a decent fight and to start with this week its reversed to looking more like buying the dip, at least to start with.

Gold has pushed on further since Friday and is now pushing above the Raff channels and breaking out as it continues its charge for 1800. Foretelling of equity doom or gloom? We do also have the untested ghost spike down to 5300 on the FTSE that appeared a few weeks back. Just to bear in mind!

The S&P looks like its also trying to push higher and on Friday we saw a good hold of the 2 hour support area at 2825, though the bears did try to take it lower. We could well be on for a rise towards R3 at 2934 in the short term. And then another test of the 200ema daily at 2943 after that. 2860 is 200ema 30min support for today as well. If we did to this level then a long here looks to be worth a go.