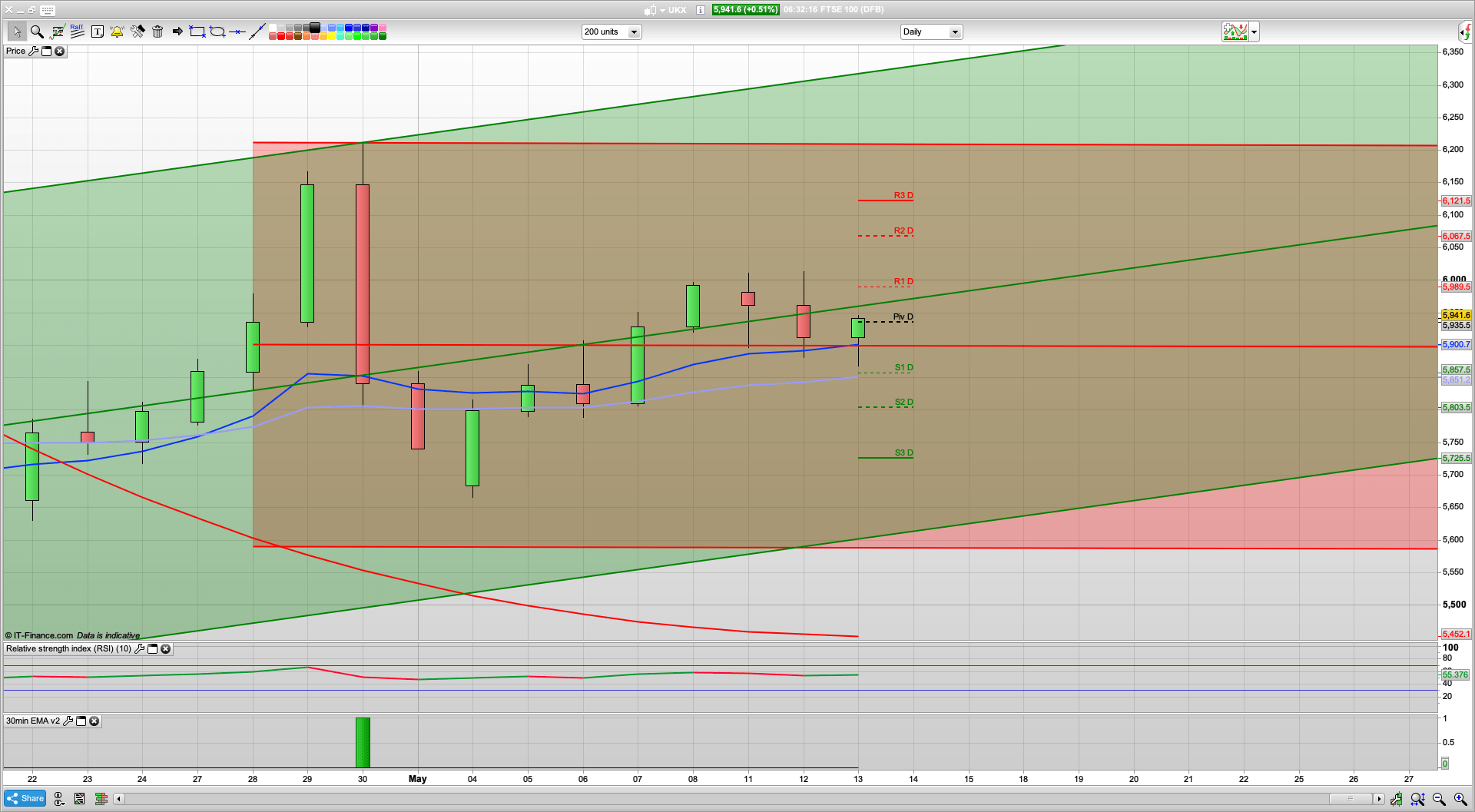 Initially it all looked positive yesterday… The FTSE 100 stood clear among Europe’s biggest indices, gaining 0.93pc and almost breaking above 6,000 points as Vodafone led the charge among Britain’s blue-chips. The telecoms giant closed up 9.42p, or 8.3pc, to 122.42p after announcing it would maintain its dividend. The index was also boosted by a continued slide in the value of sterling. Things were less pretty on the FTSE 250, which dropped 0.61pc with several of the more heavy mid-caps losing ground. Elsewhere in Europe, Italy and Spain’s top bourses also pushed higher, while France’s CAC fell and Germany’s DAX was flat – an atypically unsynchronised performance for continental stocks.

Anthony Fauci, the U.S. government’s top infectious-disease expert, told a Senate hearing  that “consequences could be really serious” if states ease restrictions too soon. He said at least eight Covid-19 vaccine candidates are in development, though he doubted any will be ready by fall. Wuhan will test its entire population of 11 million after the Chinese city where  the pandemic began reported new infections for the first time since its lockdown was lifted. Russian President Vladimir Putin’s spokesman is the latest top official to fall ill. A wage-subsidy program in the U.K. was extended, while the health secretary said Britons are unlikely to be able to travel abroad this summer. Sweden will adjust a key element of its strategy after the death rate at care homes spiralled. Cases around the world have topped 4.2 million, with deaths exceeding 286,900. Meanwhile, virus survivors could suffer severe effects for years after the pathogen is gone.[Bloomberg]

The bears came charging back yesterday and the S&P failed once again to get near the 3000 level. Overnight the bulls have defended the lower level, and 5910 looks to be initial support on the FTSE but below this then 5840 is the next key level of note. The ASX (Australia) actually rose a bit during their session, and we may well follow suit, for a bit anyway. The S&P also needs to defend the 2845 level as a break of this will lead to another 100 points coming off it and the 2740 area.

There is still a chance that the FTSE bulls target 6035, and the latest measures from the chancellor yesterday such as extending the furlough scheme were well received. Businesses just need to get used to the new normal. As does Joe Public!

For today I am again looking at a rise and dip to play out, with the bulls possibly going for the 5990 resistance level where we have R1 and also the Hull moving average on the 2 hour chart. As mentioned, above this then 6035 is the next level I am watching for. If they were to push above this then 6075 is the next level to watch. That brief foray to 6200 seems a long time ago now!

So, could be another interesting one today, with the US markets remaining in the driving seat really. Looking for the bulls to defend initially today, and 5910 is that initial support with 5950 the 30min coral for initial resistance. Good luck today.