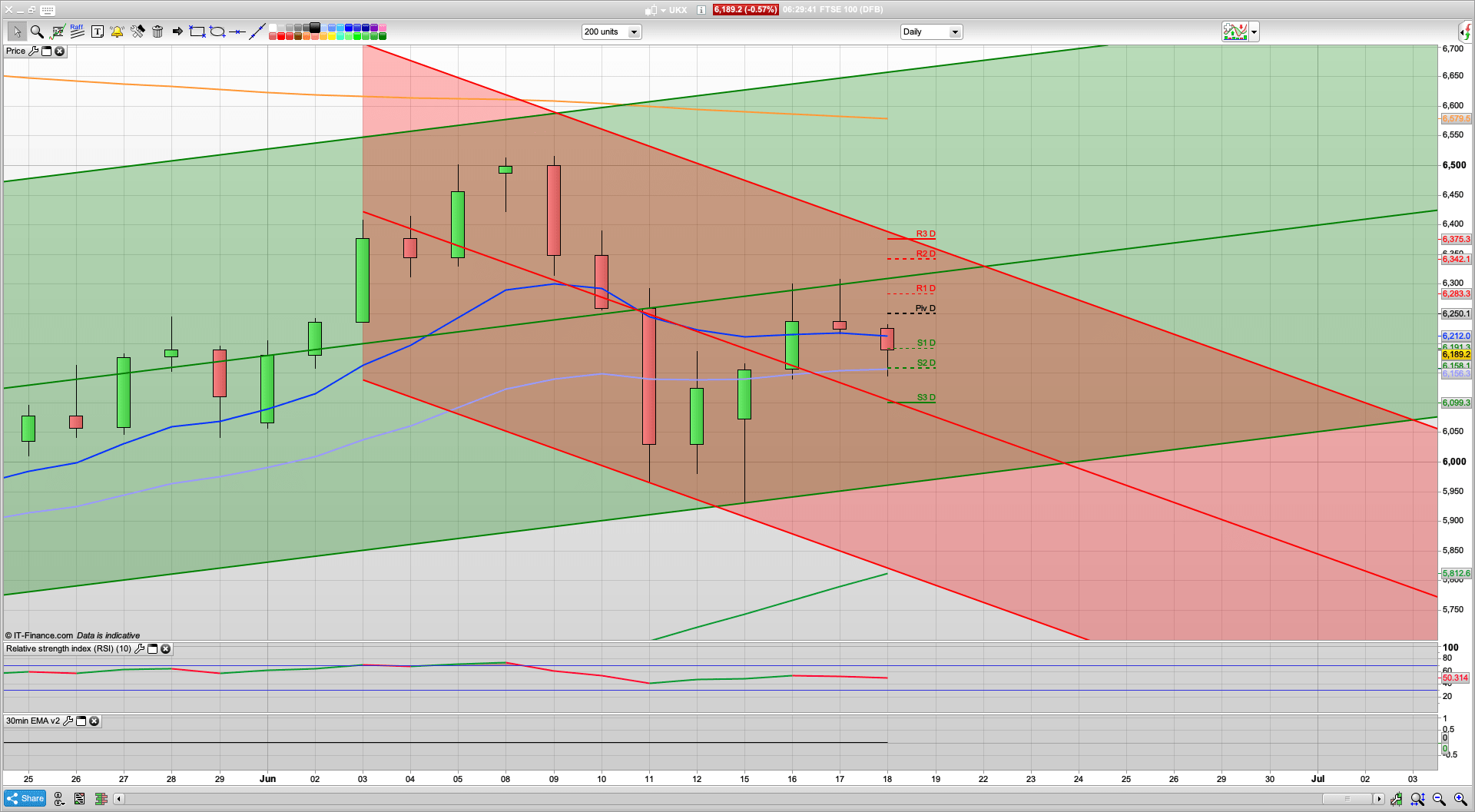 Stock markets extended gains yesterday, although wins were far more modest than the strong rally seen in the previous session, as traders weighed coronavirus treatment and economic recovery hopes against fears of a second wave of Covid-19.

Was a bit frustrating to have the high of the day half a point away from my short order at 6309 as since testing that level we have steadily dropped off. We do also have option expiry tomorrow which is why the market volume is less and its more choppy. Something to bear in mind.

As Chinese officials in Wuhan struggled to contain a deadly coronavirus outbreak in January, it was Xi Jinping who stepped in and took control. Now, the president who declared himself personally responsible for every aspect of the China’s response to the pandemic faces a rapidly growing outbreak in Beijing. The cluster of more than 130 cases in the city risks undermining the government’s narrative it handled the epidemic better than many western nations. It could also upend its nascent economic recovery if it turns into a second wave. The stakes are even higher for Xi, who has staked his credibility on China’s response and sought to frame himself as a global leader in the crisis. There are external challenges, too. He’s navigating a U.S. president bidding for re-election who has taken to frequent outbursts against China, recently including punishing Chinese officials for imprisoning more than one million Muslims in the Uighur region. And now China is embroiled in a risky spat with neighbouring India after an altercation in a remote, disputed border area of the Himalayas left 20 Indian soldiers and an unknown number of Chinese troops dead.[Bloomberg]

Asian stocks and U.S. equity futures dropped, while the yen and Treasuries advanced, as optimism over policy stimulus gave way to recovery concerns caused by rising infection numbers in some locations. Shares fell modestly in Japan, Australia and Hong Kong as the global equity rally seen earlier this week continued to show signs of fatigue. S&P 500 Index futures retreated after the index swung between gains and losses for most of Wednesday, on light volume, before closing in the red. Australia’s dollar fell after the country reported a much bigger decline in employment than forecast for May, with the unemployment rate surging almost a percentage point.

We got a push up towards the 6310 level yesterday and the bears took control there. Overnight we have tested the 6150 level, 100 off the closing price yesterday and as such I am thinking that if we get a rise towards the pivot at 6251 today then a short here is worth a go again. We also have a red 30min coral trend line here now as well.

Why an early bounce? Well we are off the lows overnight, and also sitting on the various 2 hour supports on the S&P (3080) and FTSE at this 6190 area. Whilst on the subject of the 2 hour chart, we have the coral line now green with support at 6141 so should we drop down to test that line we may well see a bounce there. The S&P algo’s are certainly defending the 2hr support on that anyway, and it coincided with S2. Below this then 3069 is the 2hr coral line (green) and should see a positive reaction if it gets there from the bulls.

With the bearishness the 30min FTSE chart is bearish to start with and we are back below the 200ema yesterday after yesterdays drop, so initial resistance is at 6210 from that, and the bulls will be keen to break that first thing as we open. As mentioned its option expiry this week which is why its a bit choppy.

If the bulls break above the 6250 level then the fib at 6283 is the next level of note, then 6342 above that where we have R2. We are then also within touching distance of the top of the 10 day Raff at 6385 and having climbed off the bottom of this channel recently at the 5950 level a test of the upper band should see a reaction.

For the bears, if we break below 6140 today then 6099 is S3 and the next level of note. Should we break that then the bottom of the 20 day Raff channel comes into play at 5958 – coinciding with the recent low.