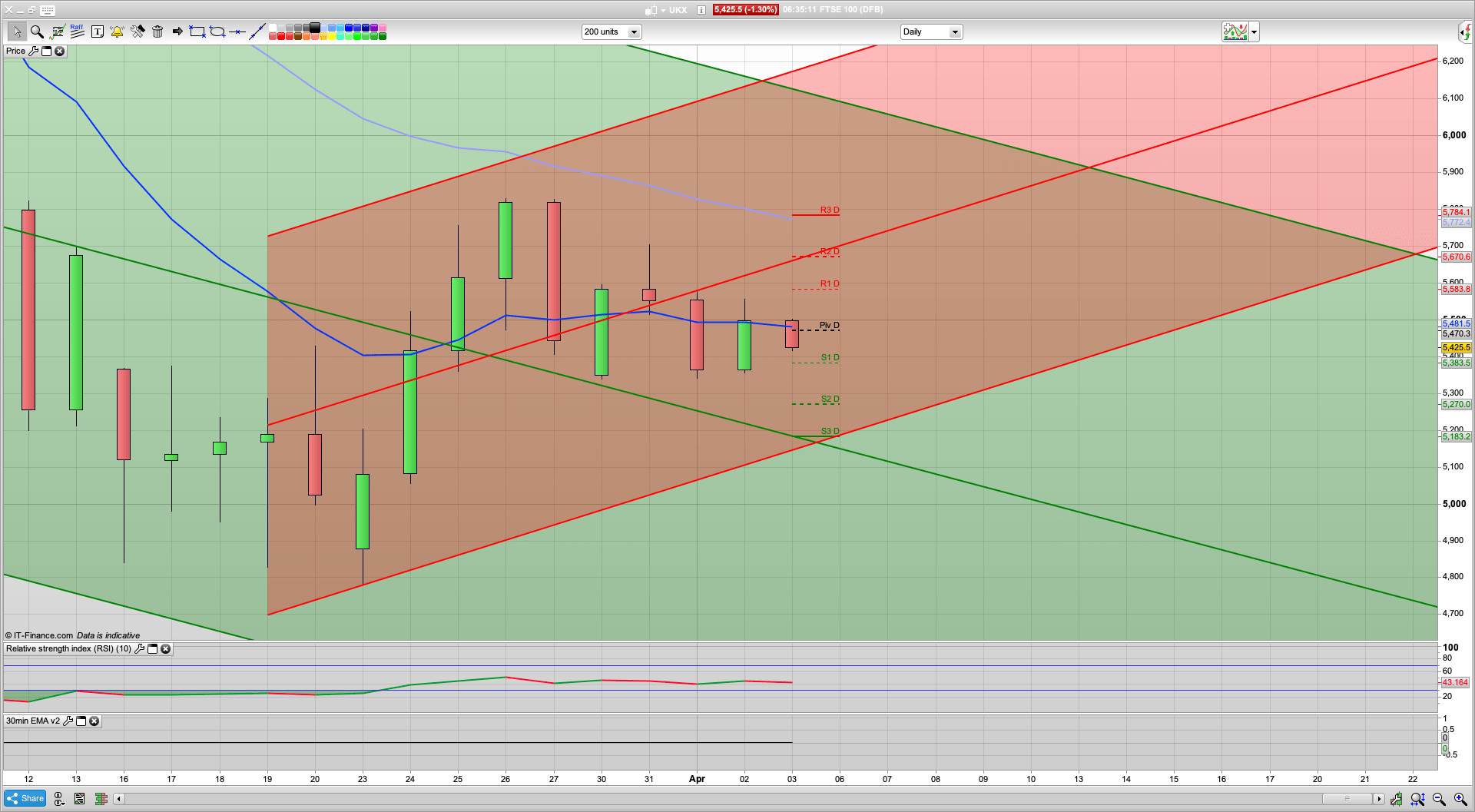 After a volatile session in Europe, equity benchmarks managed to record the smallest of gains, with the FTSE 100 climbing 0.47pc to 5,480.22. The aggressive move higher in the oil market boosted the likes of Royal Dutch Shell, BP and Tullow Oil during the session. However, the more domestically focused FTSE 250 dropped 0.76pc to 14,436.80. In the eurozone,  Germany’s Dax increased by 0.27pc and France’s Cac 40 gained 0.33pc.

The new coronavirus has now infected a million people across the world, a milestone reached just four months after the pathogen first surfaced in the Chinese city of Wuhan. More than 51,000 have died and 208,000 recovered in what has become the biggest global public health crisis of our time. The highly contagious virus has rapidly eclipsed all recent outbreaks in scale and size, with fewer than 20 countries in the world remaining free of reported infections. But, with some virus carriers presenting few outward signs of illness, and many countries unable or unwilling to conduct wider testing, the true number of global infections is likely higher — some say far higher — than 1 million. The U.S. now has the most officially recorded cases at more than 234,000, according to Johns Hopkins University. Next is Italy, which also has the highest death toll with almost 14,000 virus fatalities, followed by Spain. Meanwhile, China rejected yesterday’s U.S. intelligence claims that it fudged its virus numbers to downplay the extent of the contagion. Elsewhere, in India, the situation is starting to look dire: Numbers of cases are set to climb as thousands of health officials race to identify people connected to at least 10 virus hotspots across the world’s second most populous country.

U.S. equity futures declined and a rally in Asian stocks faded as traders mulled a grim milestone in the coronavirus outbreak which showed continued signs of damage on economies and companies.

Anyway, onto today and as its Friday and with NFP at 13:30 this afternoon we will probably have another choppy day. After the massive jump in unemployment yesterday I don’t think anyone is expecting NFP to be good, and the forecast is currently -100k versus 273k previously. Unemployment rate is forecasted to be 3.8%. It may well be higher. That said, if it is less bad than feared we may well see a rally, as per yesterdays data. Unemployment levels are surely going to rise further though.

Overnight we have seen a drop off, and the S&P has moved below the 2500 level again, with 2 hour resistance at 2522 and 2560 looking decent. The bulls will need to get it above 2645 (recent high) to push on, otherwise a break lower could see a sizeable drop. The bottom of the 10 day channel is at 2420 for today.

For the FTSE we have initial resistance at the daily pivot, coral line and 30min 200ema clustered around the 5470 to 5490 area, so an early rise to this area my then see some bears appear here. I am looking at decent support at 5390 again, and then stronger support at 5320 below that so a long from this lower support might well be worth a go, especially if the US climbs on the bad news again. Also we have been getting the Friday late evening pumps as well ready to sell off Sunday night. Will that pattern repeat?

The gold trade still has a portion running from 1574, with the stop at 1594 now. Tempted to just leave that to run towards 1700 now unless it gets stopped!

Have a good weekend and let’s see if we get a dip and rise play out today.