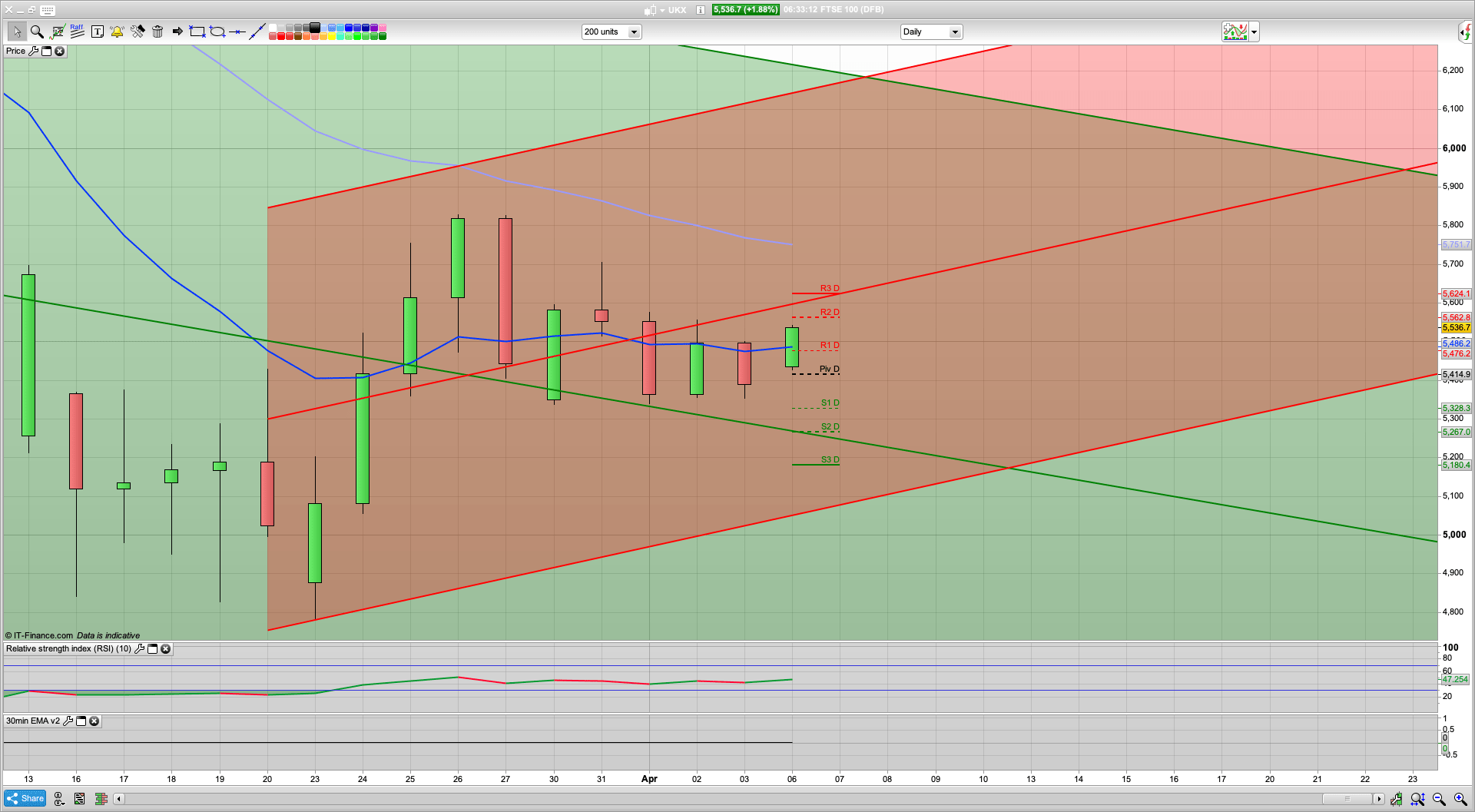 Britain’s services sector has suffered its worst slowdown on record as Covid-19 devastates businesses and forces restaurants, pubs and other businesses to close their doors. IHS’s Markit’s services purchasing managers’ index – which measures the change in sector activity compared to last month – gave a reading of 34.5, the worst ever recorded. Any reading below 50 indicates contraction. It came as the US unemployment rate jumped to 4.4pc from 3.5pc , the first the time it has risen since 2010 and the biggest one-month leap since 1975.  The UK’s dire numbers followed even worse figures in the eurozone, where Italy recorded the worst reading ever seen on its services gauge – just 17.4. The numbers point towards steep contractions in the UK and across the European bloc.

Boris Hospitalised
Boris Johnson was admitted to hospital on Sunday night after failing to shake off coronavirus after two weeks. Number 10 said that the Prime Minister was taken to hospital by private car for tests after he continued to report a high temperature. Aides insisted that he remained in charge of the Government. The news was unexpected as Downing Street had briefed in the mid-afternoon that there was no change in his condition. Matt Hancock, the Health Secretary, said on Sunday morning that while he was “OK”, he was still running a mild temperature. Mr Johnson is understood to be in an NHS hospital in London, where he will stay for “as long as needed”. Previously the Government has indicated that if Mr Johnson was incapacitated, Dominic Raab as First Secretary of State would take temporary charge.[Bloomberg]

Deaths Slow
After days of sobering developments, the reported daily death toll in some of the world’s coronavirus epicenters was lower on Sunday. New York State fatalities fell for the first time. Italy had the fewest deaths in more than two weeks. France reported the lowest number in five days and Spain’s tally fell for three days in a row. Even so, U.S. President Donald Trump and other leaders warned of rising death tolls to come, and New York Governor Andrew Cuomo said it was too early to say if the outbreak had reached a peak in New York — the center of the American outbreak. In a dire warning, Trump warned “a very horrendous” phase in the pandemic is approaching. Johns Hopkins data show U.S. virus cases top 1 in 1,000. U.K. Prime Minister Boris Johnson was taken to an undisclosed hospital for tests after suffering from the coronavirus for 10 days and failing to shake off its symptoms. Downing Street said it was “a precautionary step.”  Meanwhile billionaire philanthropist Bill Gates said Sunday the coronavirus death toll in the U.S. could be “well short” of recent estimatesfrom top health officials if social distancing measures are done properly.  [Bloomberg]

Asian stocks advanced with U.S. and European equity futures after the daily reported death tolls in some of the world’s coronavirus epicenters dropped on Sunday.

With news of Boris being hospitalised, cable has dropped off and in turn that has helped the FTSE futures to rise. We are nearing the first daily resistance level at 5605 and may well see a reaction here so could be worth a short, though I have gone for the slightly higher resistance level in the trade plan which is R3 and also daily resistance at 5625. We may well see a drop off from this area, down to test the supports that have formed at the 5470 level, as we have the key fib back test and also the 200ema on the 30min here.

If the bulls were to push above the 5625 level today then 5755 is the 25ema on the daily and the next area of resistance that looks key. It seems a long time ago now, but the first test of the daily 25ema gave the sell at 7491 back on 5th February. The second test may well see a reaction also, though maybe not such a large drop! The daily coral is red and has 6345 as the resistance level currently. We may have a bullish week, especially if the peak looks like it might be in with death rates and new infections levelling off. The lockdown measures starting to take effect and the S&P looking keen to push higher.

Should the bears break below 5420 then 5371 is the next fib support level and 5338 S1 below that, and the next daily support at 5325. The bears tried to get there on Friday, bottoming at 5355 though, and we now have this decent rise taking place.

The unemployment figures were grim on Friday, and we will probably see a bit higher still, though if we do get a decent V shaped recovery then the picture should improve. The stimulus measures also acting as sufficient support for the moment too.

So, watching 5605 5625 as resistance for today, with 5470 and 5420 as the main support levels, with a dip and rise expected for today. The ASX200 had a decently bullish session on Monday and we may well do the same, with the S&P bulls keen to regain the 2600 level for a rise towards the top of the 20day Raff at 2760 this week. Certainly looks like we will be seeing a decent push higher this week.