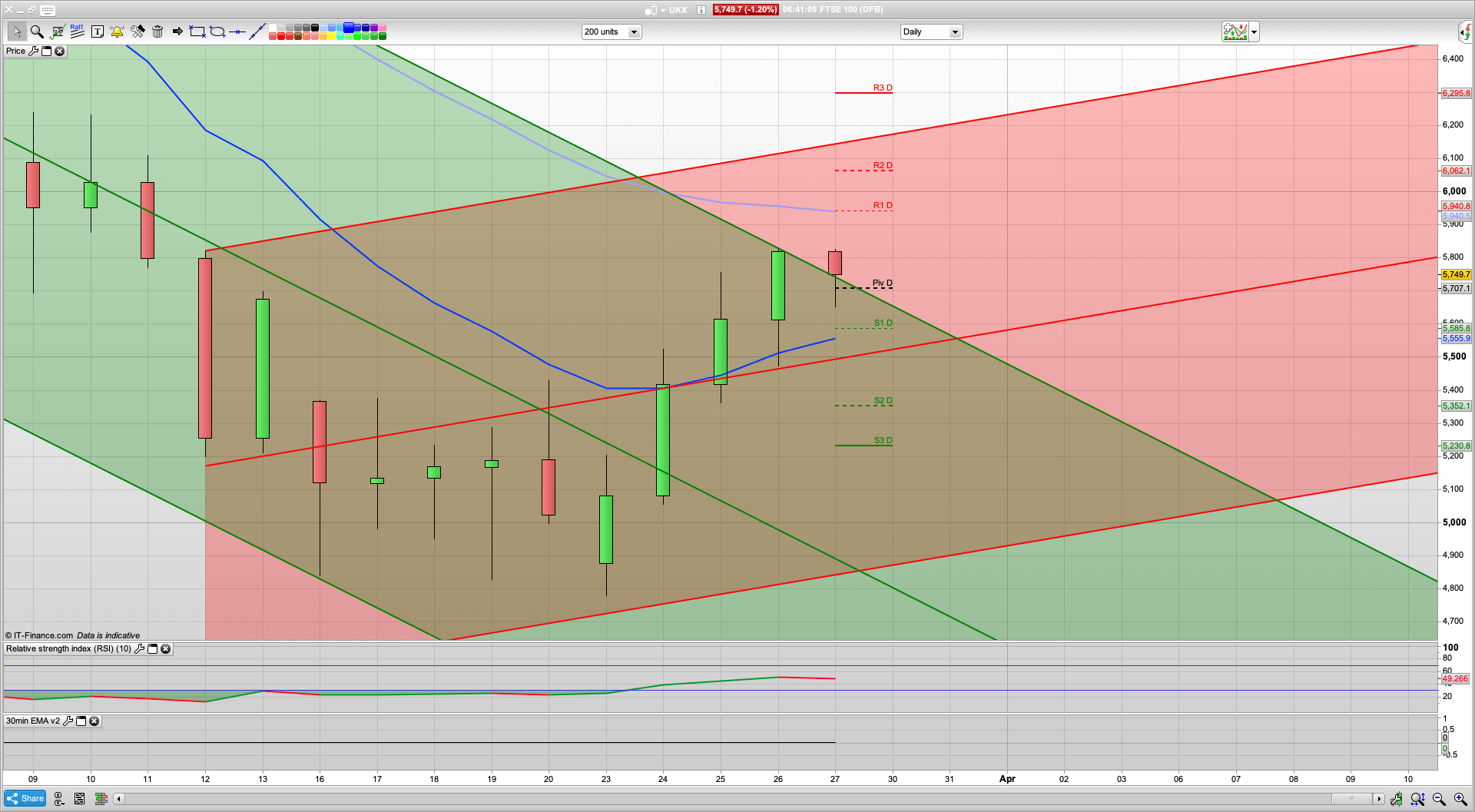 The Dow surged for a third straight session after a massive US economic relief package cleared the Senate and data showed an unprecedented spike in unemployment claims. At the closing bell, the Dow Jones Industrial Average stood at 22,523.15, up more than 1,300 points or 6.2pc. The broad-based S&P 500 jumped 6.1pc to 2,627.30, while the tech-rich Nasdaq Composite Index advanced 5.6pc to 7,797.54.

Rishi Sunak is offering the self-employed 80pc of their income through the coronavirus crisis – but only in June. The scheme is designed to put those who work for themselves on a par with those who face losing their employment due to the pandemic. It will be based on their average earnings as declared in tax returns over the past three years, for those earning below £50,000 per year.

China announced it will block almost all foreigners from entering the country starting Saturday, a recognition that most new coronavirus cases were coming from overseas now that the government slowed the spread of the disease among its own people. Foreigners won’t be allowed to enter even with valid visas and work permits, the foreign ministry said in a statement late Thursday, in what it called a “necessary and temporary” step. Diplomats aren’t included in the order, and neither are people coming to China “to engage in necessary economic, trade, scientific and technological activities, and for urgent humanitarian needs,” it said. The move mimics travel bans imposed by many other countries, which China had resisted when the majority of global cases were within its borders. The decision comes as the U.S. surpassed China in having the most infections in the world, with more than 82,400 reported.

Leaders from the Group of 20 nations on Thursday said they were injecting over $5 trillion into the global economy and committed to do “whatever it takes” to overcome the coronavirus pandemic and its fallout. “The virus respects no borders,” they said in a joint statement after an extraordinary G-20 leaders’ summit convened virtually amid the outbreak. The gathering, chaired by Saudi Arabia, was joined by leaders from member countries and included representatives of international organizations such as the United Nations. Coordination among G-20 countries was instrumental for action to stabilize the global economy during the financial crisis that started in 2008. “We will continue to conduct bold and large-scale fiscal support,” the leaders said. “The magnitude and scope of this response will get the global economy back on its feet and set a strong basis for the protection of jobs and the recovery of growth.” Still, there was one more issue not actually mentioned in the joint statement that seemed a glaring omission: the oil shock triggered by the price war between Saudi Arabia and Russia.

As the virus has spread from East to West we have now got the rapidly rising figures for infections and deaths in the USA, with Europe looking like it might be under a bit more control with the lock down measures. In theory, once the US peaks markets well be a bit more relieved unless it goes full circle and China starts rising again. Markets have certainly found some optimism, even shaking off a 3.3m unemployed figure from the US yesterday, with the S&P topping out at 2644 overnight. This level is longer term resistance so should we retest that during today we may well see another drop off that.

For the bulls, they will be keen to push past the 5820 resistance level, as that opens up 5900 and then R1 at 5940. We also have the second test of the 25ema on the daily here as well so I would expect a reaction here. It was this 25ema line on the daily that gave a sell signal on 5th February at 7491….. if only we had held that one till 4800! Hindsight is a wonderful thing. Of course at the time the virus was spreading rapidly, but markets were ignoring it! Still, no point looking back!

Anyway, for today I am looking at a test of the 5900 and possibly 5950, with the 5620 area as support initially this morning, if we do get a dip and rise play out. Previous Fridays have seen a pump at the end of the day, especially prior to the US close as the Fed have piled in and we may well see something similar today. The FTSE is just pushing above the 20 day Raff channel as I write this and if they were to break the resistance levels mentioned, the top of the 10 day is currently at 6120. Dare say the market is getting a bit more optimistic or is it just a false dawn? Let’s see if the S&P can push past 2650 as if not then another leg lower could well play out. The top of the 10 day Raff on the S&P is at 2714 and if we start getting to those sort of levels then the market is definitely getting more upbeat.