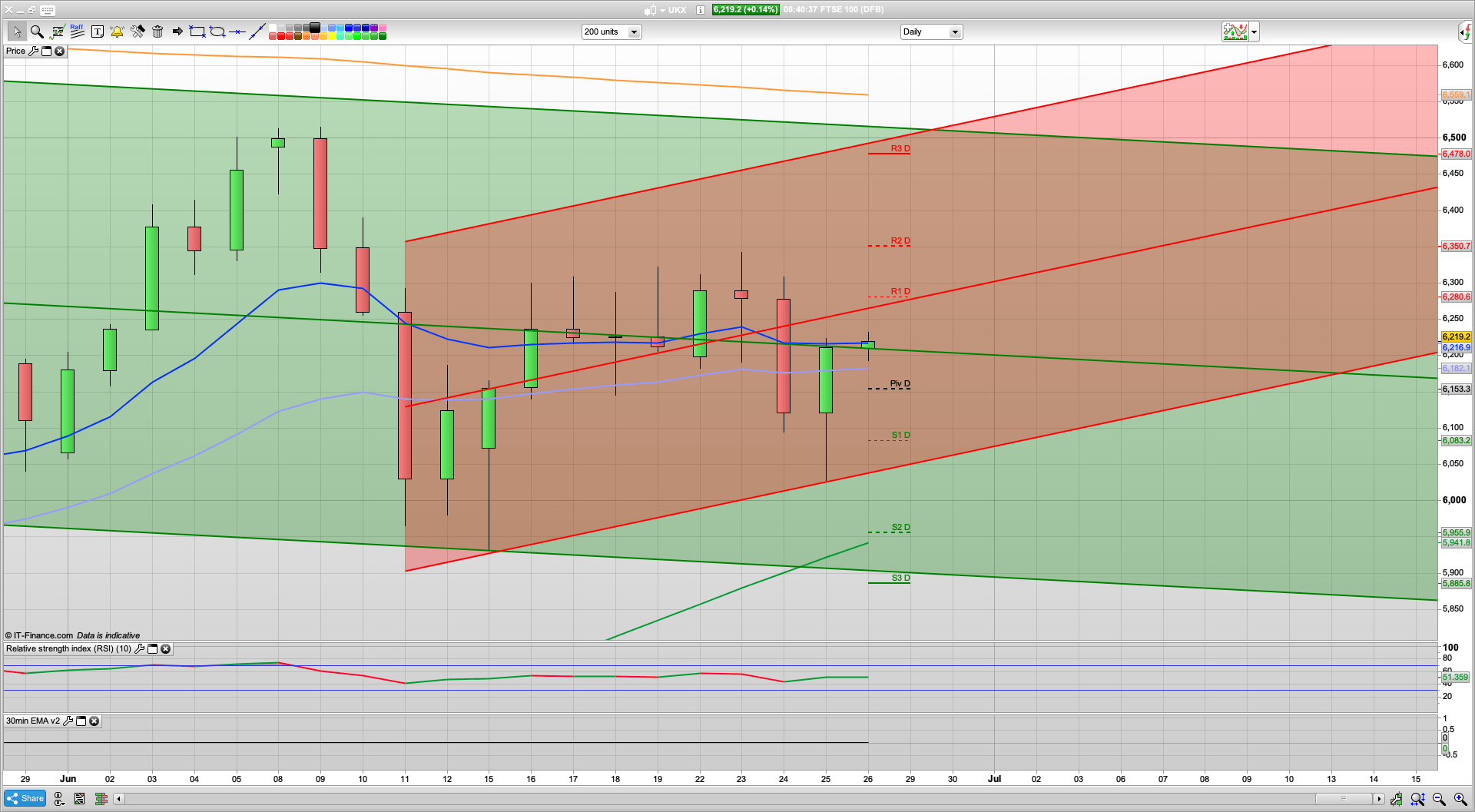 European bourses managed to recoup some ground on Thursday, although the mood throughout the session was fairly muted. Equities were lower on the open as the health crisis continued to play on traders’ minds, but sentiment seemed to pick up once trading began in the US. London’s benchmark index closed just 0.38pc higher to 6,147.14 after Wednesday’s brutal sell-off, but the FTSE 250 slipped 0.23pc to 17,112.12. In the eurozone the German Dax and French Cac climbed 0.69pc and 0.97pc respectively. The Stoxx 600 gained 1.11pc.

“There were actually plenty of reasons to suggest the markets should be even deeper in the red than they were on Wednesday,” Connor Campbell of SpreadEx said. “The US reported its largest one-day increase in Covid-19 cases since late April, the WHO warned of a surge of post-lockdown infections in Europe, former Bank of England Governor Mervyn King cautioned that the global economy could be facing a coronavirus debt time bomb, and the IMF has highlighted the ‘divergence between the pricing of risk in financial markets and economic prospects’.”

Sanctions Sanctioned
On Thursday, the U.S. Senate approved a bipartisan measure that would penalize banks doing business with Chinese officials involved in the national security law the country is seeking to impose on Hong Kong. Companion legislation has been introduced in the House with bipartisan support, but it would need to pass that chamber before it reaches President Donald Trump’s desk. “The mandatory sanctions established in this bill will punish those in China who seek to undermine Hong Kong’s autonomy or erode the basic freedoms promised to Hongkongers,” Toomey said in a statement. Congress has been increasingly assertive in trying to pressure China as tensions escalate between the world’s two largest economies. Earlier this month, Trump signed legislation aimed at punishing Chinese officials for oppression of Uighurs and members of other Muslim minority groups. [Bloomberg]

Asian stocks climbed Friday after a late rally in U.S. shares, as investors weighed the prospects for additional stimulus against the spike in American virus cases. The dollar edged higher. Shares rose in Japan and South Korea, on below average volumes. Australia also saw gains, while Hong Kong reopened to modest declines following Thursday’s holiday. China was closed. S&P 500 futures were little changed after a rally in the final hour of a choppy session left the index up about 1%. Treasuries were steady.

I am thinking a buy the dip plan as per yesterday again for today, and hopefully we don’t overshoot the support like we did yesterday. That support is at 6175 on the 2hour chart where we have the moving average line, and we also have the rising (now green) 30min min coral for support  at 6160 currently (but rising so may well coincide with 6175 in the next hour). We also have the daily pivot at 6153, along with yesterday close at 6147. Gap close then resume the bullish rise maybe as we are currently also seeing some end of quarter buying kicking in. Is the rise sustainable though?!

Should the bears break below this 6147 level then 6115 is the key fib level and 6092 is a rising daily trend line so the bulls would be looking to defend that area. A break of that would see us more than likely retest yesterday’s low and also stop this rise in its tracks.

For the bulls today we have initial resistance from the red 2 hour coral line at the 6223 level to start with, but a push past that and we will get the rising trend line on the daily at 6245.  Above this then R1 sits at 6280 for today and would be a likely initial target for the bulls who will want to keep this momentum going.

The S&P needs to break above the 3097 level, but does now have 2 hour support at the 3074 level to start with. Again, the bulls will be keen to keep this bounce going. That support is also just above the 3060 level which was key resistance yesterday and now we have broken that it should, in theory, now become support. More often than not on Fridays recently we have seen an end of day pump on the US indices as well so bear that in mind for today.

As its Friday, slightly more cautious today, but watching 6175 to 6150 as the support area for this morning, otherwise a move down to 6090 will play out. For resistance, 6245 to start with, then 6280 above that. Can the bulls break above the red 2 hour coral (6223)? If they do then we may well see that go green today, and further upside towards the end of month and quarter should play out. Good luck today and have a great weekend.

Technical Analysis for UKX by TradingView