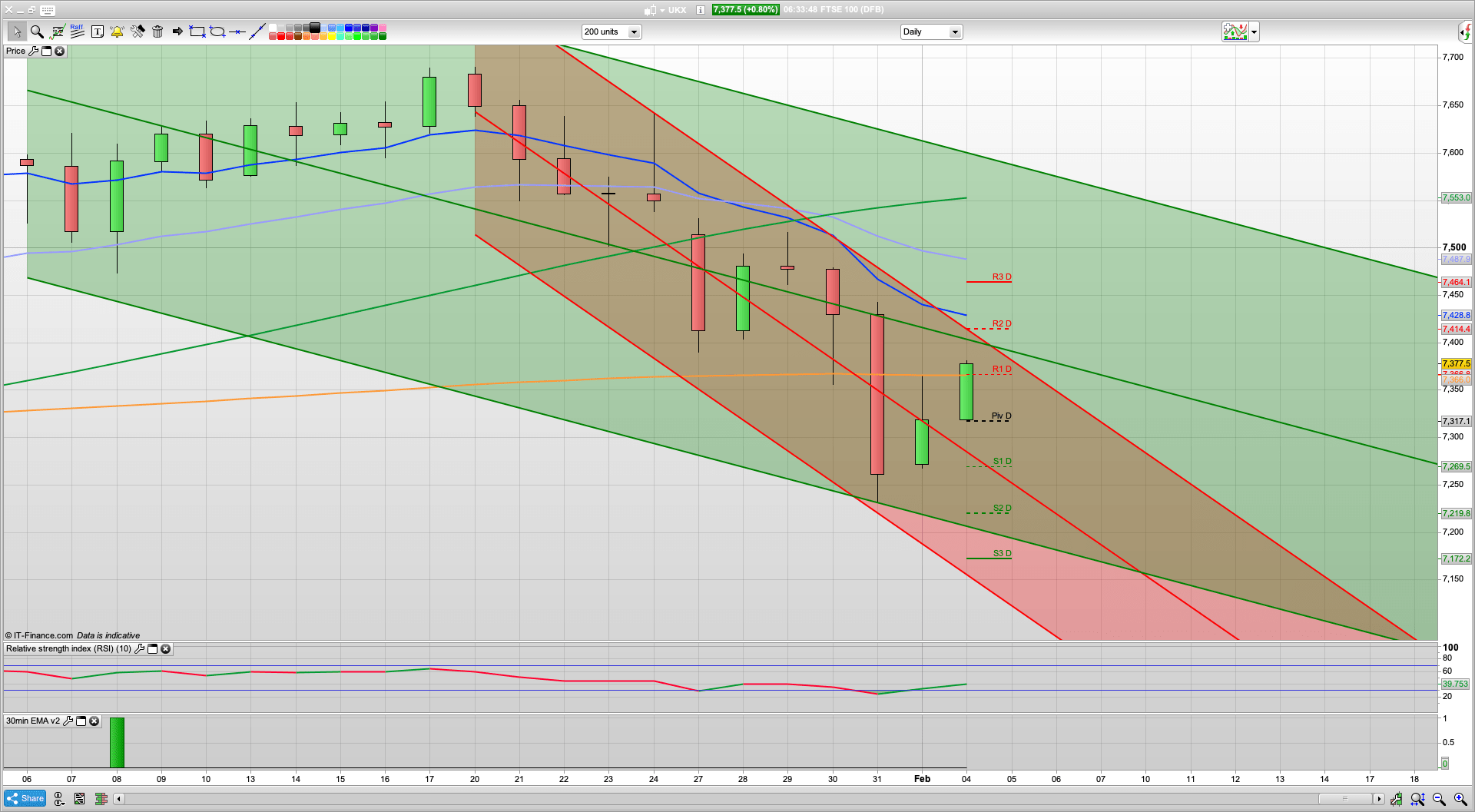 The pound plunged after the UK and European Union offered sharply diverging statements on the future trade relationship ahead of 10 months of crunch talks. Sterling was down 1.5pc at just over $1.30 shortly after the close of trade, wiping out gains made last week after the Bank of England voted to hold interest rates steady. Both sides set out their stalls for negotiations during overlapping speeches on Monday by Boris Johnson, the Prime Minister, and Michael Barnier, EU chief negotiator.

Sterling’s drop offered some support to the FTSE 100, which came under pressure amid continued falls for London’s listed miners and heavyweight energy companies.

The global economy faces a sharp slowdown as the coronavirus sends China into outright contraction and international trade grinds to a halt, economists have warned. World growth will crash to just 0.7pc in the first quarter of this year as a massive shutdown of Chinese industry sends shockwaves around the world, analysts at UBS said – a sharp cut from their previous prediction of 3.2pc annualised growth.

It’ll be a while before China spends billions on U.S. farm goods as part of Donald Trump’s trade deal. There’s been skepticism about China’s ability to buy as much as was promised — $50 billion — ever since the pact was signed in mid-January. And while the head of Archer-Daniels-Midland, one of the world’s top agricultural commodity traders, said the Asian nation will make good on its promises, most of its purchases may come only in the second half of 2020. What’s more, Chinese officials are now said to be hoping the U.S. will agree to some flexibility on their pledges as the spread of deadly coronavirus threatens to slow domestic growth, though the U.S. says it hasn’t received any such request. “I think the problem is serious and China will most likely avoid any big rush of commodity buying because of the trade deal for now,” said Michael McDougall, a managing director at Paragon Global Markets in New York. That could delay any boost for farmers, a core voting bloc for President Trump as he prepares to seek re-election later this year.

Overnight we have broken through the 7360 resistance level that saw a decent reaction yesterday. The bears had a half hearted attempt at 7330 earlier in the day, but the bulls have grabbed things by the horns so to speak and we are looking like a rise towards the 7400 level is likely. As this is the round number we may see a reaction here, but there is the top of the 10 day Raff channel at 7414 and we also have R2 here, so I am thinking that a slight overshoot of this level is possible to test that slightly higher resistance. We still have the untested daily resistance at 7488 as well, so if the bulls were to go for it then a rise to here then a drop would fit in well. Some of this rise is also probably short covering at the moment.

The bulls will be keen to build on the overnight rise, but the bears will be looking for an opening drop to go for the gap with yesterday at 7326, but I don’t think we will get that low this morning. The 30 minute chart is showing support at 7350 from the moving average so if we were to get an opening drop down from the 200ema resistance at 7380 then this 7350 looks like it will hold as support.

The S&P has also been bullish overnight, and looks like it will get 3285 where we have the top of the 10 day Raff channel. Whilst now looking more bullish there is still a case for a drop down towards 3200 and a test of the bottom of the 20 day Raff.