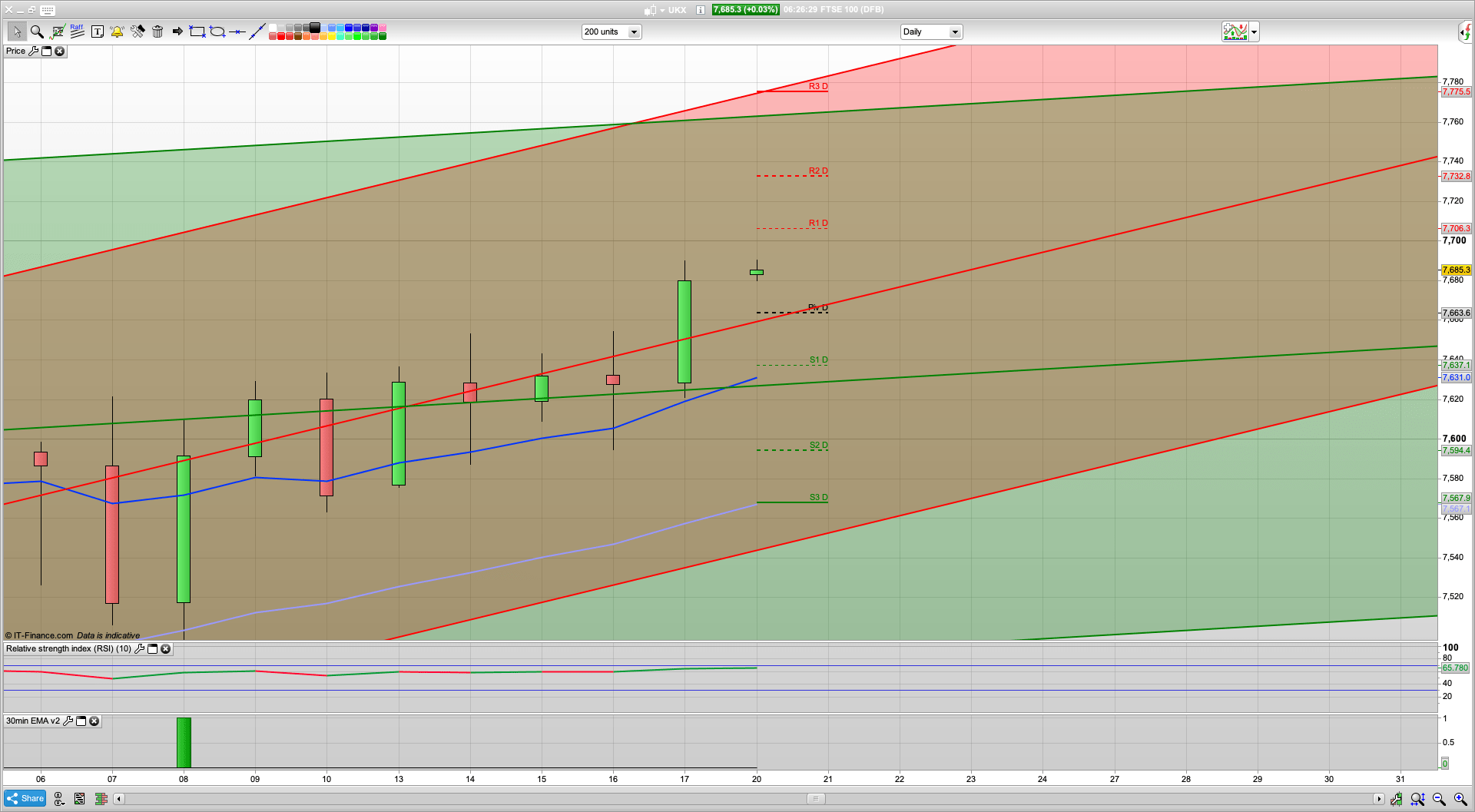 Global equities rose Friday as a landmark China-US trade deal earlier this week and Chinese economic data brightened the global outlook. European markets all pushed higher after the Chinese economy appeared to be stabilising.  Markets in Europe closed after what had been a positive week. The FTSE rallied Friday due to a softer pound and thanks to performance from miners. London’s benchmark index rose 0.85pc to 7,674.56 while the FTSE 250 advanced 0.76pc to 21,886.08. The German DAX climbed 0.72pc and the French CAC was ahead 1.02pc.

Hedge Deal
With little chance the Republican-controlled Senate will convict him on two articles of impeachment, the greatest danger to Trump is that the proceedings present an unfavorable portrait of the president durable enough to sway Americans against his re-election in November. His hedge is the phase-one trade deal with China he signed last week. By calling a truce in a trade war that has dampened economic growth — historically one of the most powerful engines of support for incumbent presidents — Trump won what he’s counting on as a key element of his case for re-election. The trade conflict with China has been slowing down the economy, with election-year growth forecast to drop to 1.8% from 2.3% in 2019. What’s more: The tariff dispute hit manufacturing especially hard — a critical contributor to the economies of counties that backed Trump in 2016. The China accord doesn’t totally eliminate the negative impact of the trade dispute, but it ends the threat of tit-for-tat tariff escalation and lifts some of the uncertainty businesses have faced.

Markets Subdued
Stocks in Asia were set for a muted open to Monday trading following a strong start to the year that’s left global equities at record highs. There were no standout movements in currency markets in early Monday trading, ahead of the open for bonds and stocks. Futures on Asia Pacific markets ended last week mixed, after the S&P 500 Index and the Nasdaq Composite Index both set record highs on Friday. U.S. equity and bond markets are shut for the Martin Luther King Jr. holiday. Meanwhile, oil traders will be watching developments in Libya, where one of the country’s commanders blocked crude exports at ports under his control, slashing output by more than half. World leaders are working in Germany toward a more durable cease-fire in Libya’s civil war. Crude ended Friday at $58.54 a barrel, while gold was at $1,557.24 an ounce.

We are likely to see some further upside off the back of last week and indeed the bulls will be keen to get a rise towards the top of the Raff channels around the 7750 level. The 2 hour chart is once again bullish with support this morning at 7655. With the 200ema and S1 at the 7639 level then if we get an opening drop down to this area we may well see a bounce here. Below this then the fib level at 7617 is likely to be tested, though I have a feeling we will get a bullish Monday today. Dips continue to get bought up, and we will probably see further record highs on the S&P and Dow Jones.

Initial resistance today though is at the 7707 level where we have R1, but with the fib at 7718, and then daily resistance at 7729, along with that R2 level at 7732, we may well see a stutter here, if the bulls can push it that high today.

We have the Davos summit starting today as well in Switzerland, for the “World Economic Forum”. More than 2,800 world leaders and policymakers will attend the World Economic Forum this year.  The number of British delegates has fallen to the lowest level for at least a decade as Boris Johnson bans ministers from hobnobbing at the elite event, figures show. Chancellor Sajid Javid has been granted an exemption from the veto and will address the CBI’s Davos lunch for UK business on Thursday.

On the news front we have the ECB releasing their policy decision this week.

So, fairly simple plan really for today, looking at the 7640 level as support and 7730 level as resistance and thinking that we may well stay within that range. Still thinking that buying the dips is the best play for the moment, as we have steadily rising Raff channels still in play.