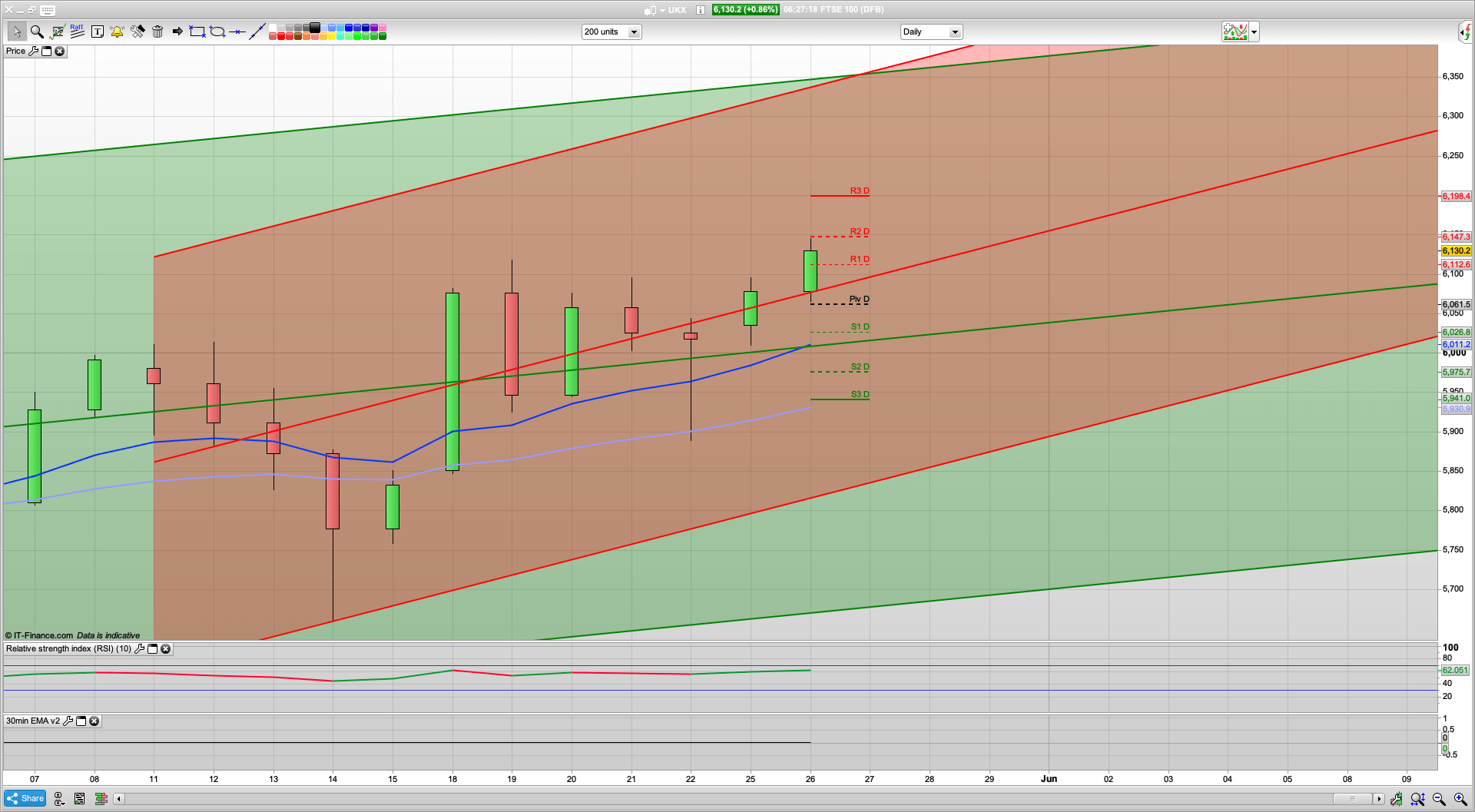 The markets have certainly started the week positively, shaping off Friday’s less than exuberant performance, and day we are seeing the FTSE 100 move above the 6130 resistance level as I write this. On Friday, China unveiled proposals to strengthen “enforcement mechanisms” in Hong Kong, after the city was last year rocked by seven months of massive – and sometimes violent – pro-democracy protests. However they have since sought to clarify that its judiciary would remain independent – and that in turn has helped the markets. Coupled with lockdowns easing around the world, and U.S. cases rose at less than the weekly average for a third straight day yesterday.

Independent Concerns
China sought to reassure Hong Kong that its judiciary would remain independent under a new national security law, as concerns grow that the city may lose one of its key selling points for international companies. “The legislation will not change the one country, two systems policy, Hong Kong’s capitalist system, high degree of autonomy, nor will it change the legal system in Hong Kong SAR, or affect the independent judicial power, including the right of final adjudication exercised by the judiciary in Hong Kong,” Xie Feng, commissioner of China’s Ministry of Foreign Affairs in Hong Kong, said. Still, Xie provided few new details on how the new law would be implemented. Instead he repeated a line that said that Hong Kong protesters breached a red line supporting independence, mischaracterizing a movement that pushed for meaningful elections, an independent review of police abuses and the withdrawal of a bill that would allow extraditions to the mainland for the first time. Meanwhile, fears that capital could flee Hong Kong are visible just about everywhere in the currency market, testing the local dollar’s resilience to economic recession.[Bloomberg]

Virus Update
The World Health Organization temporarily halted tests on hydroxychloroquine in its Covid-19 drug trials pending more data because of safety concerns. That’s after the Lancet published a study saying the drug, touted by U.S. President Donald Trump as a treatment, was linked to an increased risk of death and heart ailments. Still, the studies may resume if data warrants, Mike Ryan, head of the WHO’s health emergencies program, said at a briefing. Meanwhile, U.S. cases rose at less than the weekly average for a third straight day as deaths inched closer to 100,000. Novavax started human tests of its coronavirus vaccine candidate. England will reopen some businesses beginning June 1, Dubai will start easing restrictions this week, and social unrest is lurking in Chile as virus spreads. Cases around the world have topped 5.4 million, and deaths at over 344,000.[Bloomberg]

Asian stocks climbed with U.S. and European futures Tuesday despite escalating geopolitical risks, with Japan leading gains as the world’s third-largest economy reopened. Treasuries dipped in early trading after the three-day U.S. weekend, while the dollar retreated. Futures on the S&P 500 were up on Friday’s close, suggesting a positive open on Wall Street.

Well the bulls have certainly taken charge for the moment and we are just pushing through the 6130 resistance level to start with. That said, we may well see a bit of an initial dip and if so then it still looks like last weeks strategy of buying the dips is the one to adopt. As such, if we drop down to the 30min coral support at 6100 (and also the 25ema on the 30min here) then we may well see this round number support hold. Below this the daily pivot at 6061 is next up with a more sizeable drop down to test the 200ema on the 30min at 6033. I don’t think we will dip that far to start with as the general feel good that we have at the moment is likely to keep the bulls in charge for the moment.

Resistance wise, we have 6155 as the first one but then stronger resistance at 6186. The recent high from April at 6211 is also an area of note, and may well see a reaction. That may well tally with the S&P hitting the 3030 resistance level that remains untested for the moment. R3 for today is also just below this high at 6198 so worth keeping an eye on this level.

The first day back after a bank holiday can also see some funny moves so stay a little bit cautious in the very short term this morning.

With this bullishness the 2 hour chart has not unsurprisingly started to show decent bull signals, and has 6066 as moving average support, along with a green coral at 6044. Any dip down to this 6050 level is therefore a decent buying level as well. The daily trends also remain up, and we had a good hold of the daily 25ema at 5900 on Friday, despite the fear that was prevalent on the day.

So, for today I am looking at a rise towards the 6186 and possibly 6211. If the bulls really go for it and we push past the 6211 level then we are looking at testing the top of the Raff channels next which both sit around the 6330 area. There isn’t a lot of resistance on the charts in the 6200 – 6300 range, so it may well move up quite swiftly if it breaks the resistance. Watch 6155 to start with though!