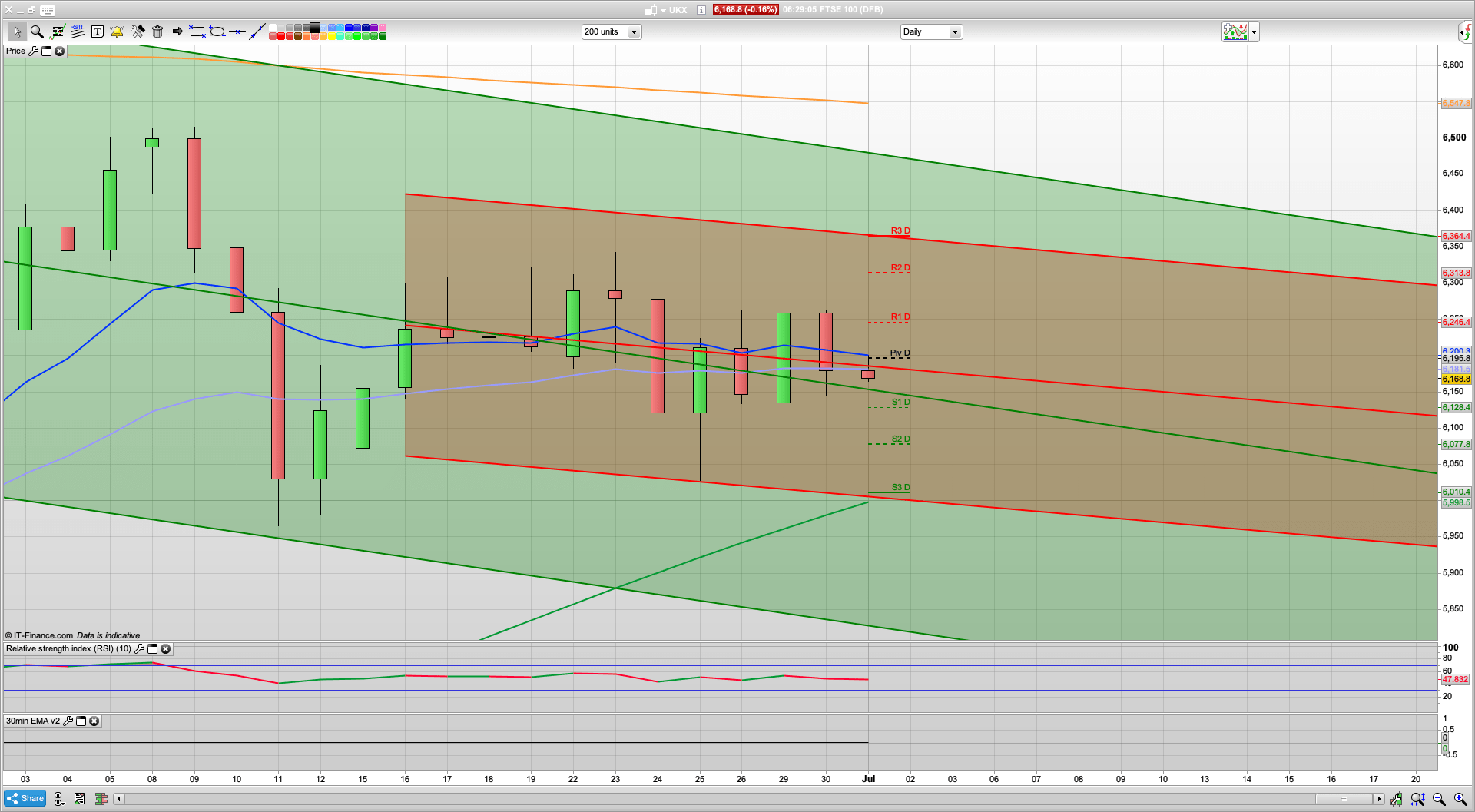 Best quarter
The FTSE 100 chalked up its biggest quarterly rise in a decade as investors bet on a rapid rebound from the coronavirus crisis following a massive wave of support from central banks and taxpayers worldwide. London’s blue-chip index rose 8.8pc over the past three months as stocks clawed their way back from a brutal crash in March when the pandemic hit.

A final-day fall of 1pc took the edge off the index’s gains, but the FTSE 100 still scraped its best performance since 2010 by a whisker.
European shares have enjoyed a similar bounce back in the past few months, with the pan-continental Stoxx 600 notching up its biggest quarterly gain since the start of 2015. Several heavyweight shifts pulled the FTSE 100 down on the final day, with Shell, BP, HSBC and GlaxoSmithKline all slipping. A rising pound added to pressure on London-listed international earners.

Shortly after the closing bell in Europe, Wall Street’s benchmark S&P 500 was on track for its best quarter since 1998 – up 19pc. Much of investors’ enthusiasm is thought to have been driven by unprecedented spending to keep the world economy afloat, with the US federal government alone unveiling $2 trillion (£1.6 trillion) of support in March.

However, there is still a long way to go before shares regain their pre-Covid levels. The FTSE is down 18.2pc for the year to date, with about two thirds of its constituents in the red since the start of 2020. It shrank by almost 25pc in the first quarter of the year.

Asian stocks started the new quarter in a muted fashion, as investors assessed mixed data on the global economy amid concern over the coronavirus spread and Sino-American tensions. Shares dipped in Japan on low volumes, with sentiment capped as confidence among large manufacturers in the country fell to the lowest since 2009. Stocks ticked higher in Shanghai, Sydney and Seoul. Hong Kong is closed for a holiday. S&P 500 futures slid after the gauge rounded out a 20% second-quarter surge with U.S. consumer confidence posting its biggest rise since 2011. Treasuries ticked lower and the dollar was flat. Gold was near $1,800 an ounce.

We got the end of quarter pump yesterday, more so on the US markets, to lock in the bonuses for the Q2 performance. As such we may well see a dip initially this morning before a bit of a kick up from the new month money. Gold’s rise yesterday is being pencilled in as a flight to safety but it’s been on the cards for a while that it was going to rise to 1800 anyway, so that’s a bit of red herring. Good rise on that anyway for our long yesterday. For the FTSE it’s failed to crack that 6245 level once again yesterday and that remains as the line in the sand for the moment. Cable dropping off has muted the FTSE, plus the future risk of a frozen economy and mass unemployment!

If the bulls manage to break 6245 then I am looking for a rise towards the top of the 10 day Raff channel which is at 6315 for the moment. If the S&P bulls do manage to hold on the gains from yesterday (3085 support for the moment) then that may help pull the FTSE up towards the resistance levels, The 10 day Raff on the S&P is declining though with resistance at 3118 for today so we shall see. Recent weakness has led to all the Raff channels starting to head downward now. Is the rally running out of steam?

So for the FTSE the 2 hour chart is bearish to start with after yesterdays fairly lacklustre performance. We do however have the key fib support at 6144 initially, though S1 at 6128 and the cam break out level at 6120 may well be better support. New month money at the market open is a possibility as well, which may well give us a kick up towards the daily pivot and the 200ema at the 6195 level.  With a bearish 2hr and those resistance levels there we may well see any rises stall here, though as mentioned above a break of this will likely mean we revisit the 6245 level again.

If the bears break 6120 then 6078, 6030 and 6010 are the next levels of note, with a test of the bottom of the 10 day Raff at 6002, and we also have that daily coral at 5998 mentioned in previous emails – so we may see an initial defence of this round number if its tested soon. That said, 6030 looks pretty key – what would play out nicely is a drop down to that level over today and tomorrow and then a decent bounce there as the bulls defend the uptrend. 3041 is 2 hour support on the S&P for now so may well tally with that as a support area.