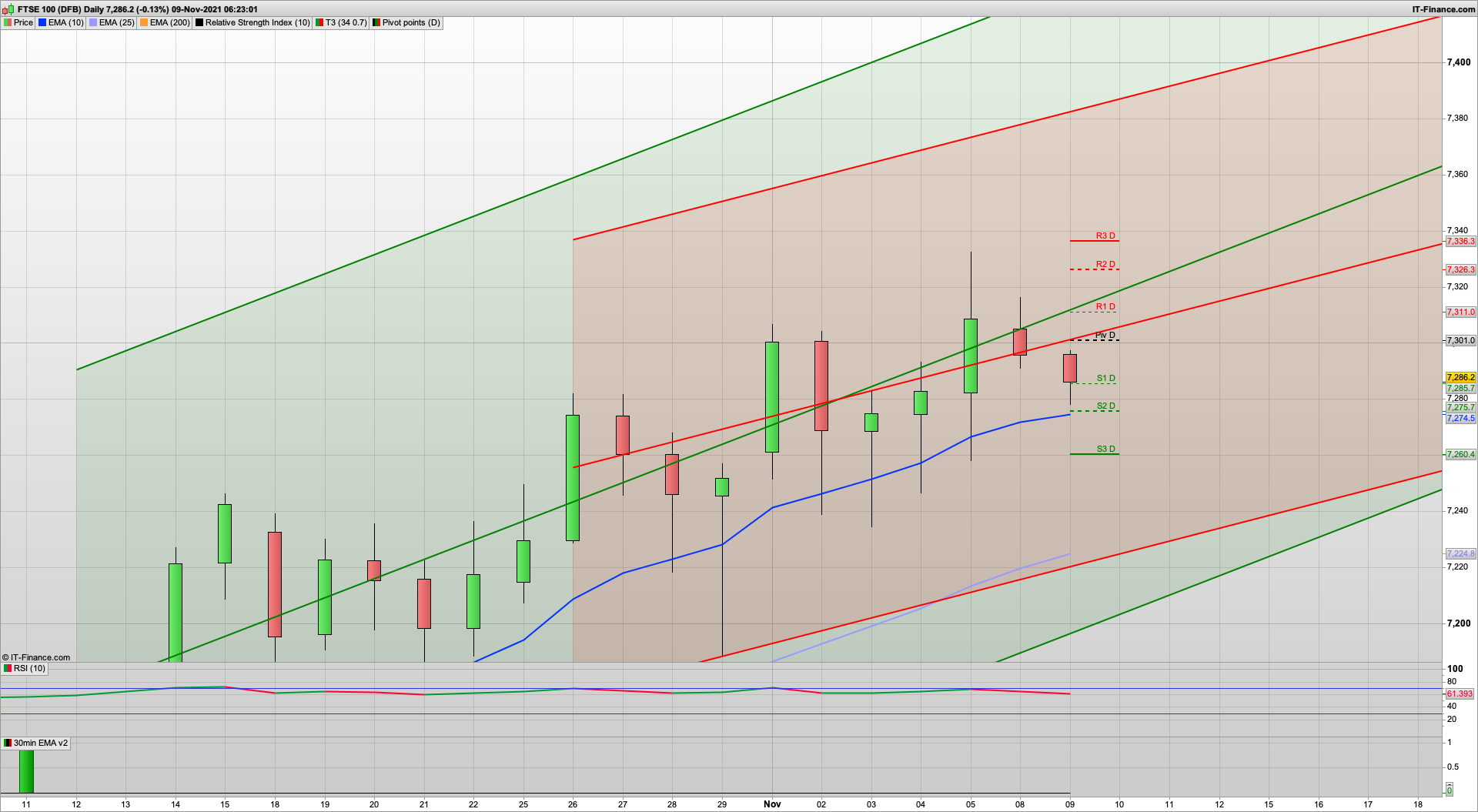 The FTSE 100 inched up 0.02pc yesterday on what was a very flat day for the market. The S&P 500 rose 0.2pc, while the Dow Jones jumped 0.5pc. The tech-heavy Nasdaq was little changed. Investors will now shift their focus to consumer price data later this week for signs of inflation and how it could affect monetary policy and the economic recovery.

U.S. Treasury yields slipped Tuesday amid speculation about the leadership of the Federal Reserve, while stocks were mixed as a global equity rally paused.
Treasuries rose following a report that Fed Governor Lael Brainard was interviewed for the top job at the U.S. central bank. Some commentatorsargue the Fed would be more dovish under Brainard. Meanwhile, the yield on 30-year Treasury inflation-protected securities slid to a record low, a sign of ongoing concerns about inflation risks in the global economy.

MSCI Inc.’s Asia-Pacific gauge was little changed, while U.S. futures fluctuated and European ones retreated. The S&P 500 eked out a gain overnight to post its longest winning run since 2017 but a drop in Tesla Inc. weighed on the Nasdaq 100. The Federal Reserve in a report warned asset prices could slide if sentiment sours.

The dollar fell and the yen strengthened. In cryptocurrencies, Bitcoin jumped past $68,000 for the first time to set a new all-time high. That’s part of a broader rise in digital tokens that has taken their overall market value past $3 trillion.

The U.S. Federal Reserve just released its twice-yearly financial stability report, warning that prices of risky assets keep rising, making them more susceptible to perilous plunges if the economy takes a turn for the worse. It also said stablecoin threats are growing, that fragility in China’s commercial real-estate sector could spread to the U.S., and that “difficult-to-predict” volatility similar to this year’s meme-stock frenzy could become more frequent as social media increasingly influences trading.

That was a very flat day across the board yesterday as the S&P500 spent most of the time (as did the FTSE100) consolidating. Will we get a breakup to test some new highs still or will the seasonality kick in at the back end of this week for a little dip before the year end rally? BTC (Bitcoin) also made a new high at 67k, and remains on track for a test of the 75k level.

The S&P500 2h chart remains bearish though with 4712 Hull MA resistance, as does the FTSE100 with resistance at the 7301 level. As such I am thinking that we may well see the bears appear here for a run down to the 7255 level which is just below S3 (the standard support and resistance levels are pretty bunched for today after such a small range yesterday) and the key fib at 7253.

I would like to see that level hold though for a push back up but I am thinking that we may well see some pull back this week. The bottom of the Raff channels for the FTSE100 are at the 7200-7220 area so a drop back to here and then a climb would fit well, though the bears may well take it lower if they were to gain some momentum towards the end of the week.

To start with the 7300 level is showing a few resistance levels – on both the 30m and 2h timeframes. As such, with a bear Tuesday in the wings we may well see an initial drop off this. If the bulls were to break above this though then a rise towards that 7326 level will likely play out again. Double top with Friday here, but a break of that will likely lead to the 7346 key fib level, and we have daily resistance above that at 7365. Might be a big ask to get there today though.

If the bears were to break below the 7250 level today then 7220 as mentioned, and 7225 is also the 25ema on the daily chart, with 7199 daily support below that. I think we will see a bit of a battle again today though so a bit of up and down likely to play out.

As per previous email the daily Raff channels are still all heading up so the bulls remain in charge for the moment and while we remain in the “extreme greed” phase here. Time to start being bit cautious with the longs though when its like that. Eve more so if it gets to 90/100!