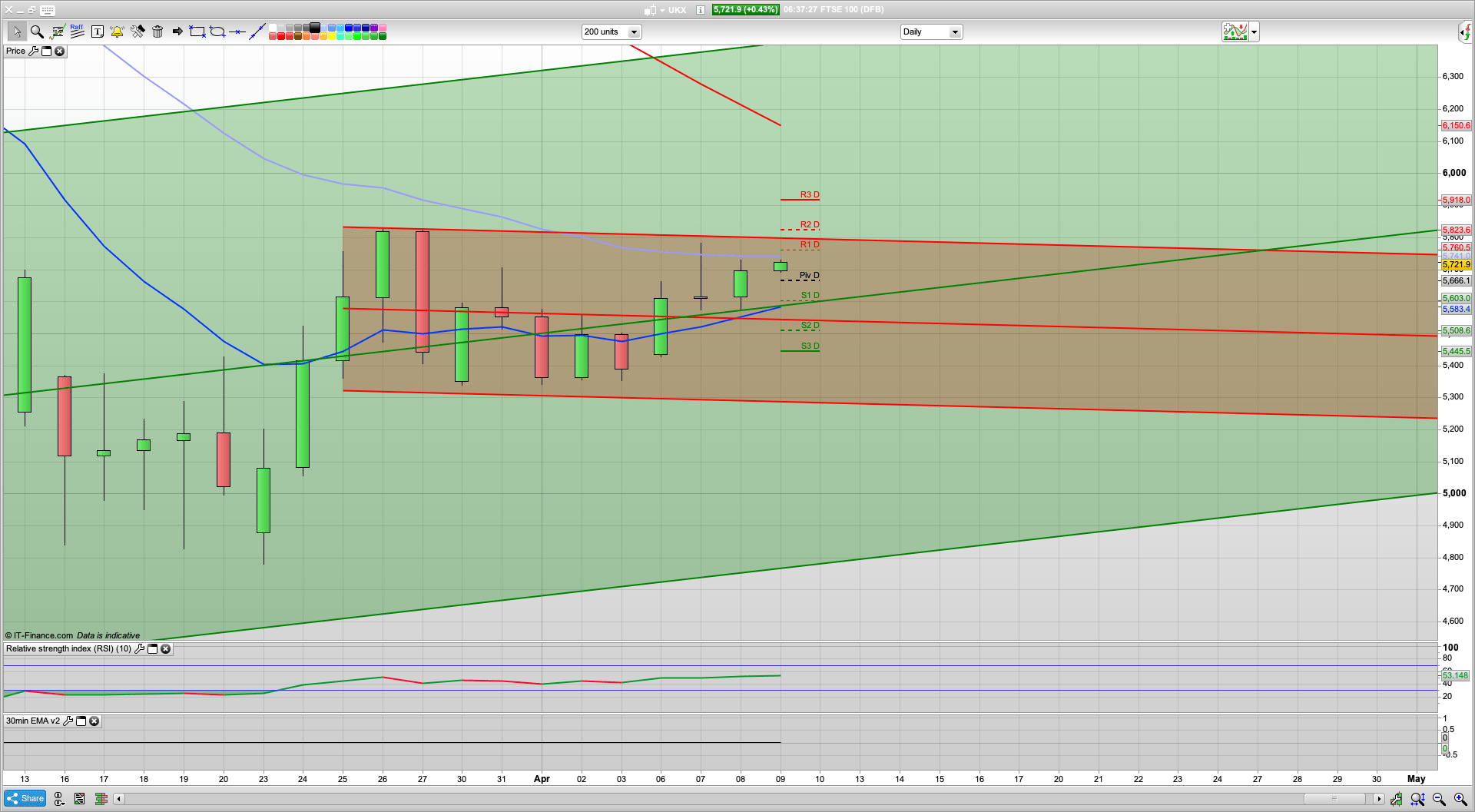 The UK virus numbers showed a sharp rise, while a new report by scientists at Imperial College has tempered some of the enthusiasm of the last couple of days, as it predicts hundreds of new deaths in the coming week.

Cases Keep Climbing
Global cases of the coronavirus topped 1.5 million, less than a week after surpassing the 1 million mark. New York, the U.K. and Belgium reported their deadliest days so far. Spain’s fatalities and new cases rose to the highest in four days.  U.K. Prime Minister Boris Johnson is stable and responding to treatment at a London hospital. The World Health Organization chastised the U.S. and China in unusually stern comments, saying the superpowers should work together to show “honest leadership” or risk transforming the pandemic into a bigger crisis. And debate is starting over when to end lockdowns: Germany and Italy are beginning to debate how to gradually relax some restrictions on public life as Europe slowly inches closer to bringing strict rules designed to contain the spread of the coronavirus to an end.  The European Centre for Disease Prevention and Control warned Europe not to rush into lifting restrictions that are helping slow the spread of the pandemic. The White House is developing plans to get the U.S. economy back in action.  [Bloomberg]

Ready to Cut
Russia is ready to make a deep cut in oil production, putting a global output deal within reach, as pressure mounts on oil-exporting countries to mitigate the worsening demand impact of the coronavirus crisis. An emergency meeting of the OPEC+ coalition on Thursday will discuss a “massive output reduction,” Algerian Energy Minister Mohamed Arkab, who holds OPEC’s rotating presidency, told the state news agency. His statement came as Russia’s energy ministry said Moscow is ready to reduce output by 1.6 million barrels a day, or about 15%, as part of a deal that includes producers in OPEC+ and beyond. On Friday, oil ministers from G-20 countries will discuss whether to make their own contributions. President Donald Trump has put huge diplomatic pressure on Russia and Saudi Arabia, the world’s two largest exporters, to end a monthlong price war and rein in production. [Bloomberg]

Asian stocks were mixed Thursday following a three-day rally as investors mulled when economies will be able to ramp up again when the coronavirus outbreak eases. Oil rose amid expectations for production cuts.

As you will know today is the last trading day of the week with markets closed tomorrow (and also Monday) for Easter. As such, we may well see a dip towards the end of the sessions as traders may not want to hold longs over the weekend. Overnight the FTSE has held above the 5700 level and we now have decent looking support just below this at the daily pivot level at 5666, with the 30min coral at 5681 and the 2hr Hull moving average at 5686. As such if we get an early dip below the 5700 level, especially if we see an initial decline off R1 at 5760 then a long here for a final push towards 5800 would play out pretty well.

In a sign of the bigger changes coming about as a result of the virus, Lufthansa Group, which includes Austrian Airlines, SWISS, Brussels Airlines, Eurowings and Germanwings, has decided that a permanent restructuring is necessary in order to meet the suppressed demand for air travel in the next few years.  Crucially, it believes that it will take “years until the worldwide demand for air travel returns to pre-crisis levels.”  In order to ensure the company’s long term survival it has decided to undergo significant capacity reduction. In total, Lufthansa Group is getting rid of over 70 aircraft. Other airline groups such as IAG are expected to follow suit. I think we will also see a move to less travel in general going forward, business especially, but also leisure, (if for no other reason than it will be a pain going through quarantine each time for the ext year or two!), more focus on savings (this has focussed peoples minds on the fact they should probably have more than £100 saved for a rainy day), a realisation that Z list celebs contribute nothing, more focus on workers that do contribute to society, more remote working, a decline in zombie businesses that can’t afford their debt pile, reduced dividends across the board, less consumerism and materialism and a positive impact on the environment as a result of less travel. The £50bn that is currently the PCP car debt pile will also probably contract which is no bad thing. Seeing the behaviour of some companies and individuals has also done quite a bit of harm for their future. Maybe this virus will bring about a major societal change… Going to be an interesting few years ahead. Let’s just hope that it all happens in a manageable way rather than a cataclysmic crash/depression/recession.

Anyway, back to the markets, if the bears were to break below 5666 then a drop down towards 5600 looks likely and another test of the 200ema 5615 (it was this that held 5580 yesterday). I am still watching the S&P for a push up towards the 2780 – 2800 area before a drop off from there. 2717 is the 2 hour support on that for today. If the bulls were to break above the 5800 level on the FTSE then a climb to5918 and R3 could be distinctly possible, though ahead of the 4 day weekend, it might be a big ask. As mentioned above, I don’t think many will want to hold longs over the weekend, and if the S&P were to reach 2780 today we might see profit taking there.

So for today I am watching 5680 area as support, with 5615 below that. 5800 for the main resistance level as we have the top of the 10 day Raff channel here, and that channel has been working well for a while. Good luck today and have a great weekend – back on it next Tuesday.